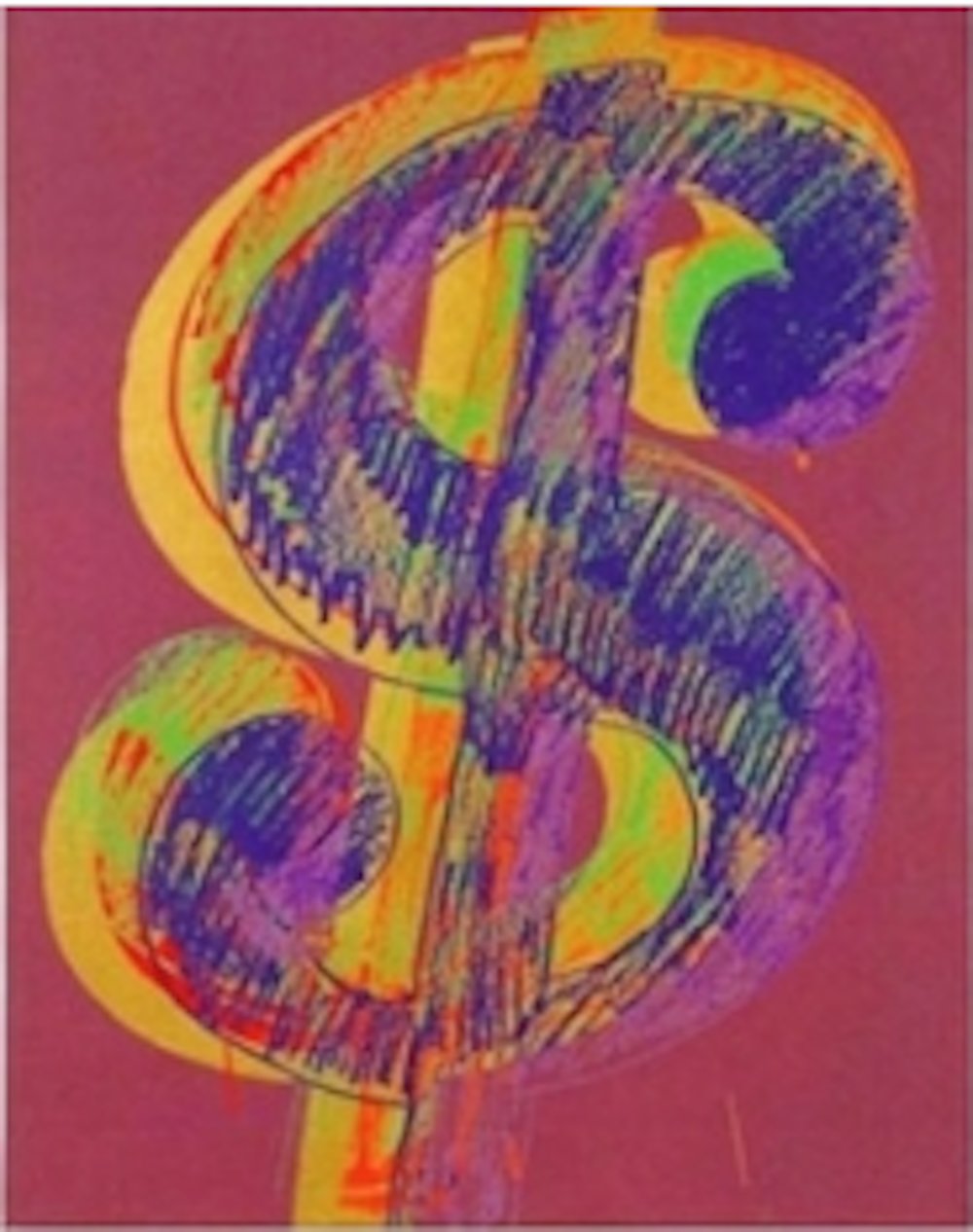 His artistic practice soon intersected with all aspects of popular culture, in some cases long before it would become truly popular. He co-founded Interview Magazine; appeared on television in a memorable episode of The Love Boat; painted an early computer portrait of singer Debbie Harry; designed Grammy-winning record covers for The Rolling Stones; signed with a modeling agency; contributed short films to Saturday Night Live; and produced Andy Warhol’s Fifteen Minutes and Andy Warhol’s TV, his own television programs for MTV and cable access.  He also developed a strong business in commissioned portraits, becoming highly sought after for his brilliantly-colored paintings of politicians, entertainers, sports figures, writers, debutantes and heads of state. His paintings, prints, photographs and drawings of this time include the important series, Skulls, Guns, Camouflage, Mao, and The Last Supper.