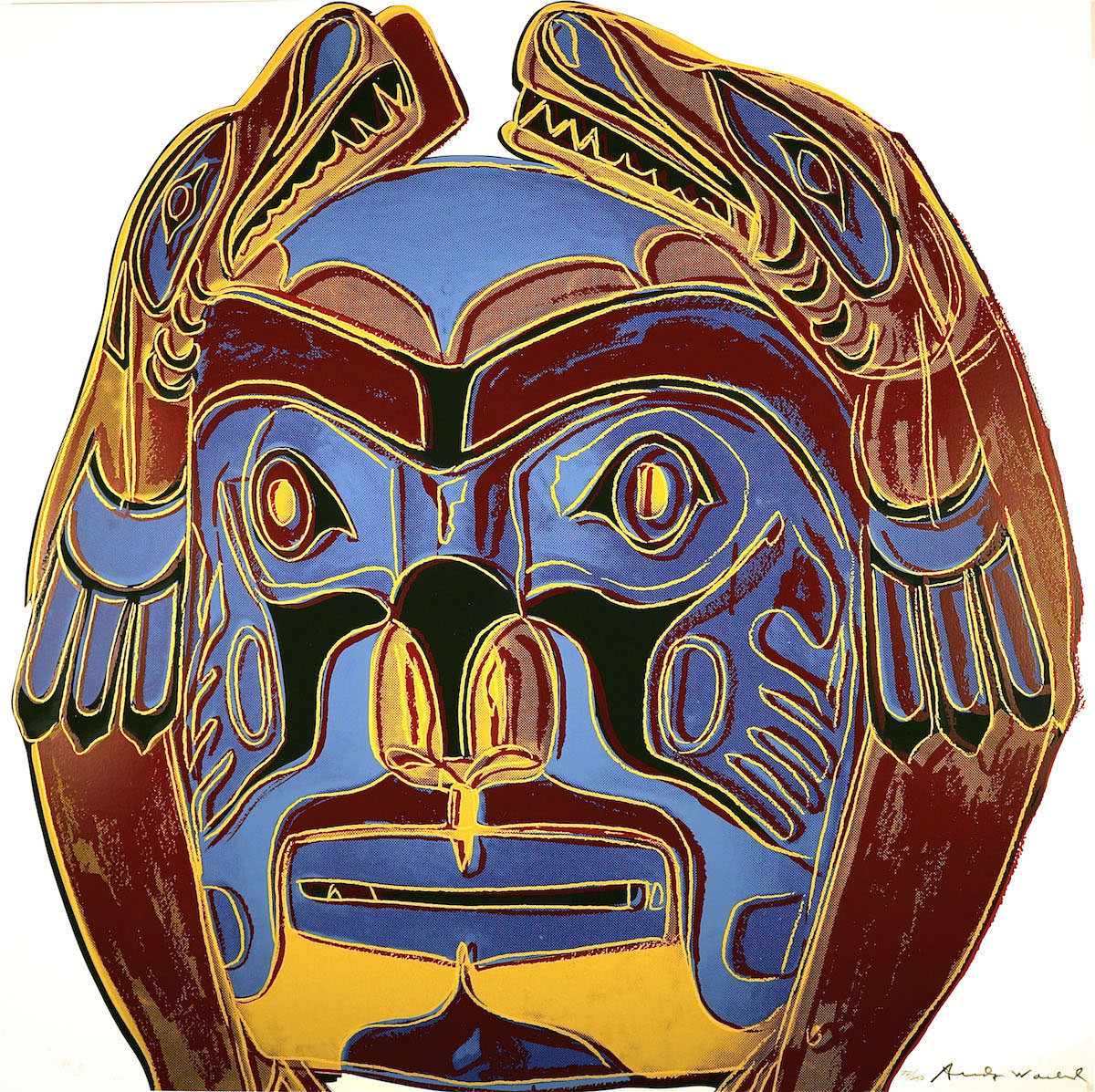 Northwest Coast Mask is a screenprint from the series Cowboys and Indians. In this series, Warhol explores the Old West as an All-American collective history. Pursuing his fascination with the dichotomy between appearance and reality, Warhol’s work is a commentary on mass media and the way in which contrived imagery can affect how a society understands and perceives its history.

The Cowboys and Indians series is exemplary of how Andy Warhol utilized heavily embedded images derived from popular culture. Images like Northwest Coast Mask and Kachina Dolls, represent tokens of native culture, whereas figures like Geronimo, Annie Oakley and Mother and Child are based on characters in the Hollywood adaptation of our history, which do not truly represent the roles that these individuals historically played. Rather than portraying Native Americans within their historical landscape, or Cowboys in their veritable forms, Warhol chose to portray a popular, romanticized version of the American West. The West that he chose to represent is familiar to everyone and can be seen in novels, films and TV series. Warhol’s Cowboys and Indians Suite is an ahistorical representation that mirrors a popular interpretation of the American West.