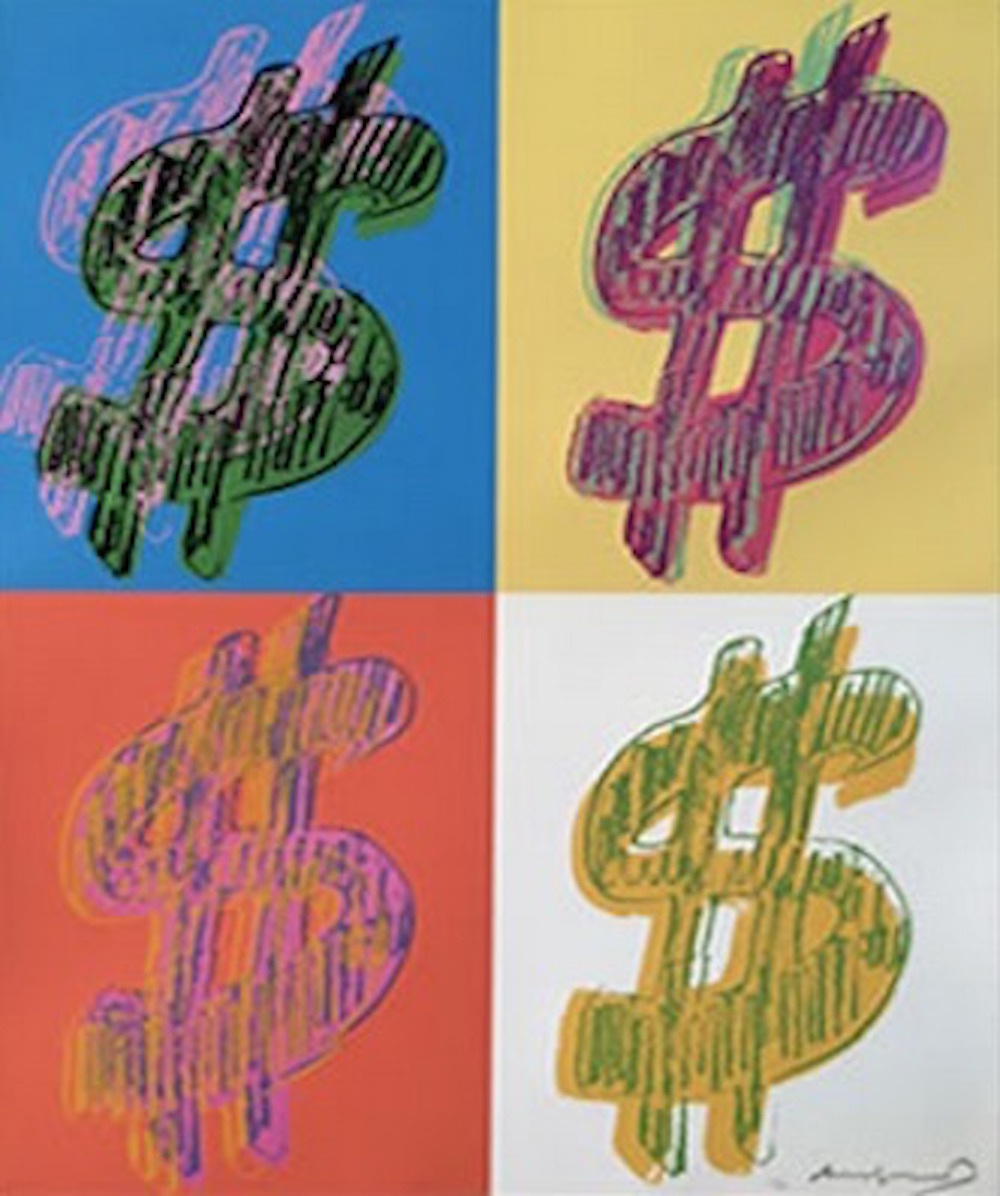 The subject of Dollar Sign Quad Print by Andy Warhol  had provided the motif for Warhol’s breakthrough series of 1961, which in turn had prompted his revolutionary exploration of the silkscreen process for creating his paintings. Twenty years on Warhol revisited the subject of money, this time focussing on the elegant curvilinear form of the dollar sign itself. Unlike the monochromatic and static 1961 ‘Dollar Bill’ paintings, Warhol’s 1981 ‘Dollar Signs’ pulsated with vibrant hues, layered energy, as if celebrating the artist’s mastery over his adopted medium.

With its striking colors and rhythmic repetition of the single $ motif, Dollar Sign Quad Print by Andy Warhol epitomizes Warhol’s singular artistic vision, one that would surprise and captivate in the 1980s and has continued to do so more than three decades later.

A skilled social networker, Warhol parlayed his fame, one connection at a time, to the status of a globally recognized brand. Decades before widespread reliance on portable media devices, he documented his daily activities and interactions on his traveling audio tape recorder and beloved Minox 35EL camera.  Predating the hyper-personal outlets now provided online, Warhol captured life’s every minute detail in all its messy, ordinary glamour and broadcast it through his work, to a wide and receptive audience