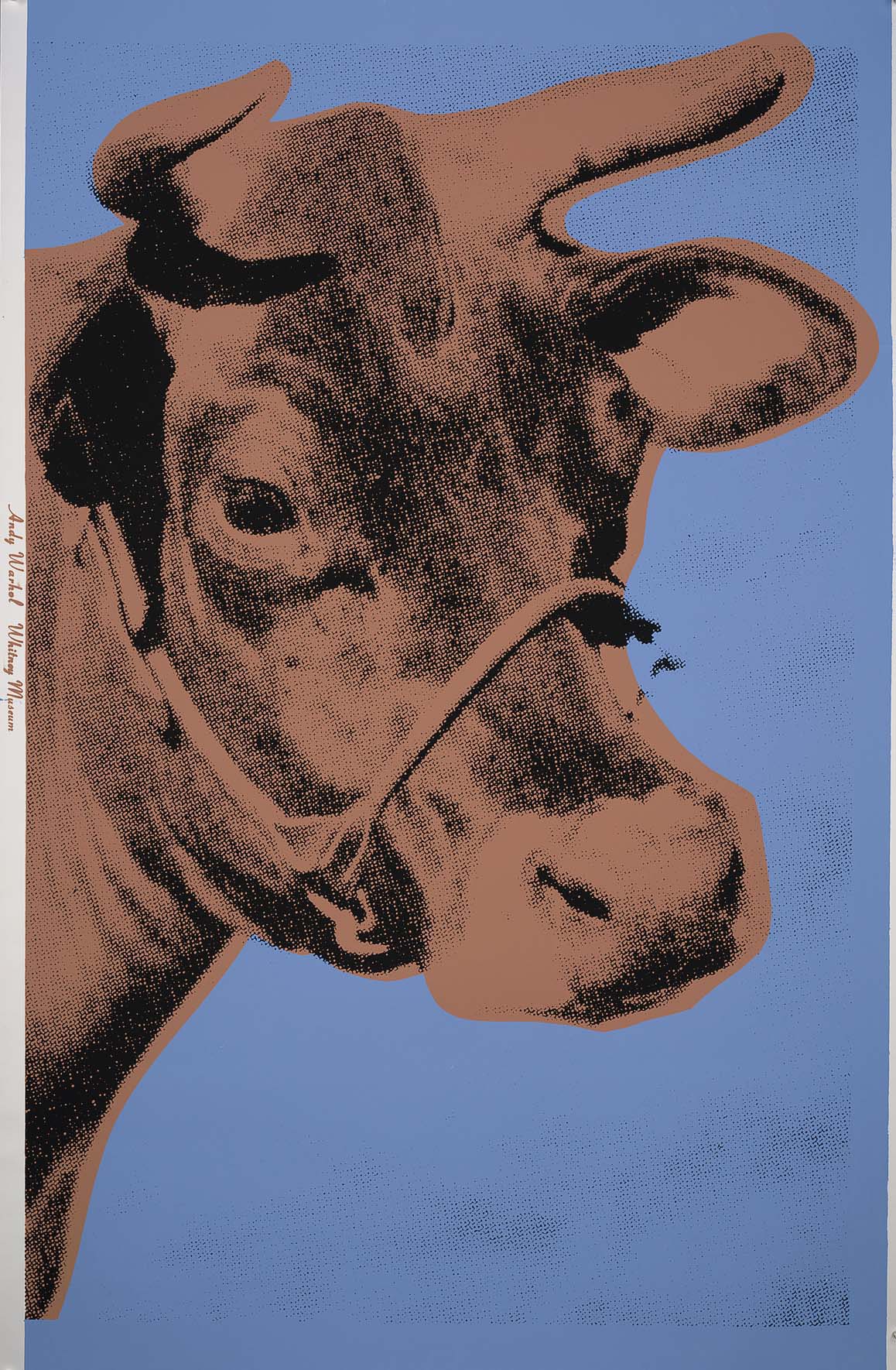 These Cow images were originally intended to cover the walls of Andy Warhol’s exhibition. The Andy Warhol Cow’s were then sold as prints.The four prints from Andy Warhol’s series of Cow wallpaper were created between 1966 to 1976.

It’s hard to imagine that this simple screen print of a New Jersey cow played a big role in Andy Warhol’s career. Warhol did not have any real interest in cows, in fact Ivan Karp was the one to suggest the subject matter and Gerard Malanga, Warhol’s printer chose the photograph. Ultimately, it was what Warhol did with this image that made the final product so interesting and inviting. He chose to use his bright and aggressive color scheme, which gave the humorous impression that Warhol was printing a cow on an acid trip, in order to create a kind of chaos within a mundane image. It was during this time that Warhol furthered his role as the “Prince of Pop” and decided to take a public stand against painting, a medium in which he had previously been utilizing. He wanted to create an educational experience for the viewers, showing them what you can do with the screen-printing process, as opposed to the conventional methods of painting used at the time. He himself was one of the first to say that painting was “dead” and that he was at the forefront of creating a new and exciting art form that took much less effort on his part. Screen-printing was a process that allowed him to more easily make a larger quantity of artwork in less time. Like its’ predecessors, this cow portrait was printed on wallpaper, therefore making prints in good condition very collectable. Prints that are even more valuable are the few that were signed. Warhol signed approximately 100 “Purple Cow” prints in felt pen. The prints that are not signed are still of value as they have been authenticated by the Andy Warhol Art Authentication Board, and each have a unique authentication number.

In Larger Body of Work The Pink Cow on Purple Background is the last of the four-color schemes in Warhol’s Cow series. This particular color-schemed print was published for an exhibition at The Modern Art Pavilion in Seattle, Washington in November, 1976. The color schemes that Warhol published between 1966 and 1976 were “Pink Cow on Yellow Background” (1966), “Brown Cow with Blue Background” (1971), “Yellow Cow on Blue Background” (1971) and finally “Pink Cow on Purple Background” (1976). Although “Purple Cow” was created in 1976, it was an extension of his second show at the Leo Castelli Gallery in Los Angeles in 1966. The opening showed walls covered in wallpaper consisting of repeated large fluorescent pink cow heads on a bright yellow background. Every inch of wall space from floor to ceiling on each wall was covered in these cow portraits. Castelli was so moved by the show, that he went to such lengths as to have professionals install the wallpaper so that the guests could see the artist’s vision.