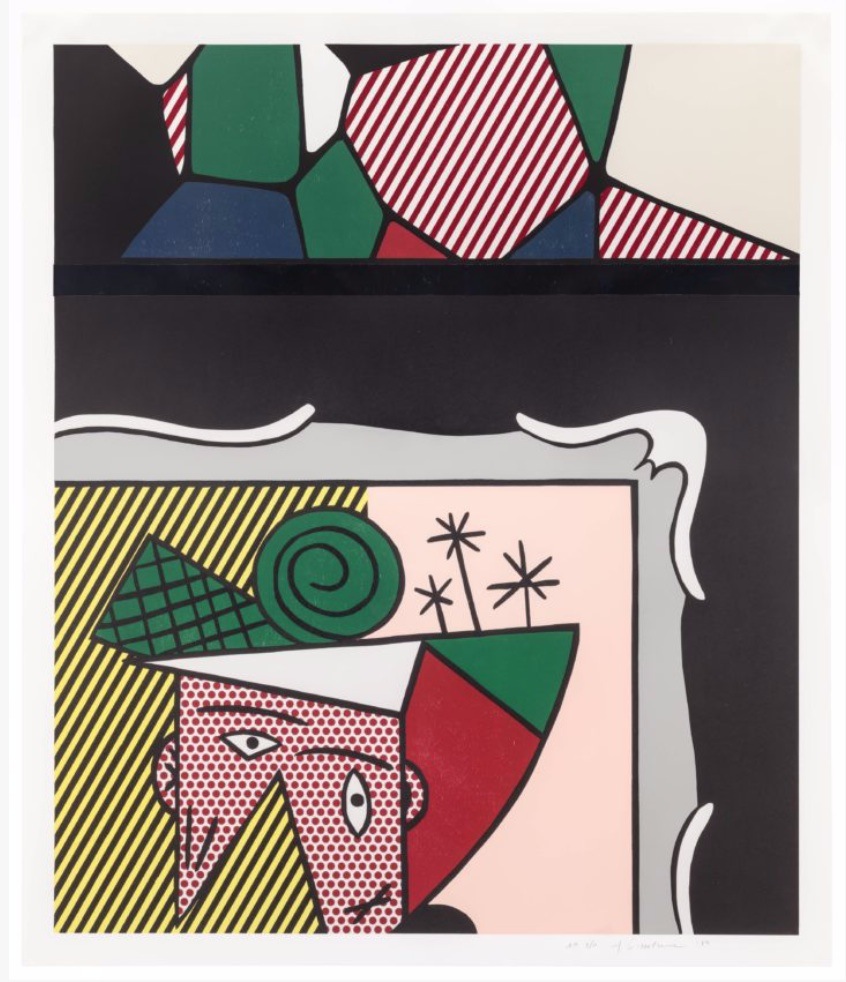 Roy Lichtenstein’s objective was to partially obscure the images with reflective streaks, as if behind glass or reflected by a mirror.