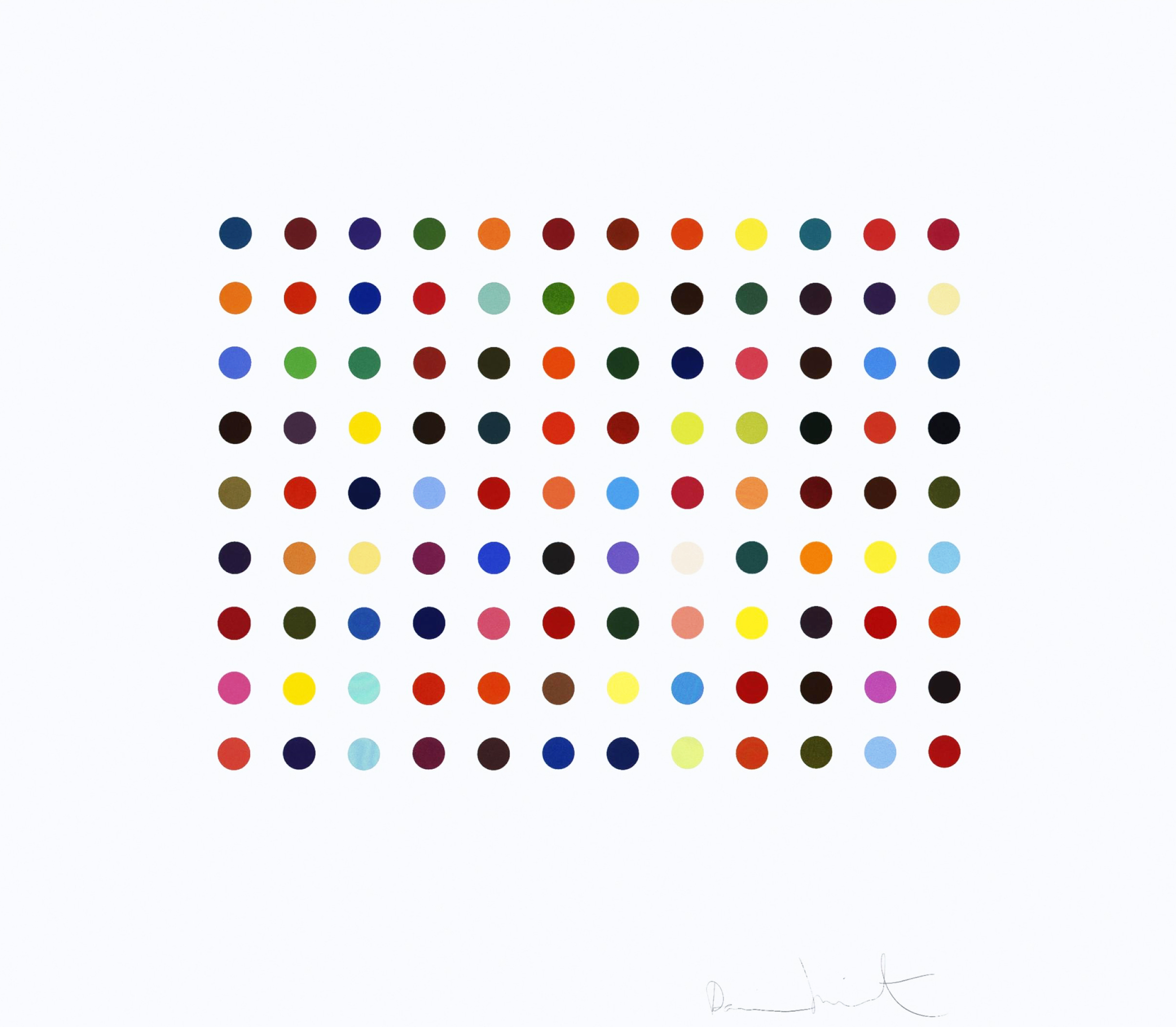 Hirst explains that, “mathematically, with the spot works, I probably discovered the most fundamentally important thing in any kind of art. Which is the harmony of where color can exist on its own,interacting with colors in a perfect format”.

The spot prints are amongst Hirst’s most widely recognized works. Of the thirteen sub-series within the spots category, the ‘Pharmaceutical’ paintings are the first and most prolific.

The random and infinite color series within the ‘Pharmaceutical’ paintings is integral to the works. Hirst explains that, “mathematically, with the spot paintings, I probably discovered the most fundamentally important thing in any kind of art. Which is the harmony of where color can exist on its own, interacting with other colors in a perfect format.” Any problems he had previously had with color, Hirst claims, were removed by the perfect arrangement of complimentary, yet never repeated, colors in the spots.