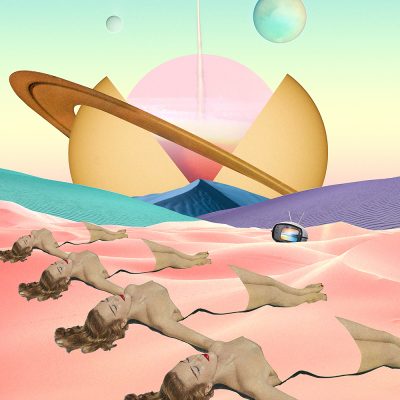 My artwork is a journey through the invisible realm: a dimension where intuition, memories, visions and dreams are free to take visual form. Through my art I revisit concepts that have fascinated me, scared me and intrigued me since I was a child. The results, deceivingly deep, are compositions filled with symbolism and hidden meaning. Topics such as metaphysics, mythology, space exploration, sacred geometry, anthroposophy, the Goddess can often be found in my artwork, sometimes infused with a dash of retrofuturistic nostalgia and mixed in with the inevitable influence of pop culture that engulfs us. Therefore it is valid to say that my work relates to my own existence but it also makes part of a greater conscience …or to be more precise, to the collective unconscious.

My artworks are an amalgamation of multiple source materials. They include elements such as scanned advertising images from past decades, creative commons imagery, assorted textures, original photography and computer generated elements. A key aspect of my practice is to assess my source material and make sure it all stays within the boundaries of fair-use.
When it comes to commercial design and Direction, I use my art as reference for something I will either shoot or recreate using my own methods resulting in 100% original content.

About the artist:
The Invisible Realm is a Creative Agency and Design Studio lead by Felipe Posada, Visual Artist and Creative Director working in the fields of Branding and Content Creation through Graphic, Motion and Experiential Design. With an MFA in Computer Art from the Savannah College of Art and Design, for over a decade, Felipe has specialized in conceptualizing and executing projects ranging from 360 branding campaigns, comercials to million dollar experiential exhibitions. Utilizing CGI, Animation and Digital Collage as his favorite techniques both as an art form as well as commercially felipe collaborates directly with brands and world-known artists. In parallel Felipe’s The Invisible Realm as its own brand represents a personal journey into a body of work that explores his most intimate feelings, thoughts and beliefs married to his sense of aesthetics in an immersive and sometimes narrative form. His artwork has been published worldwide and exhibited in group & solo shows at galleries in New York, Texas and Los Angeles. Felipe lives between Brooklyn NYC and Cali Colombia with is wife and two daughters. 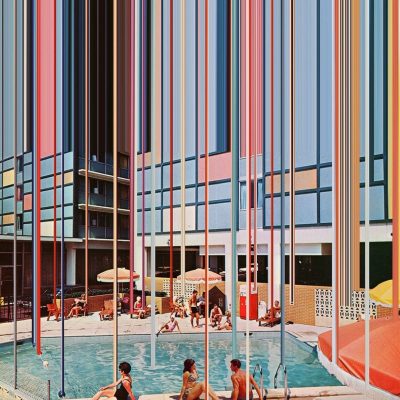 Edge of Reality by The Invisible Realm 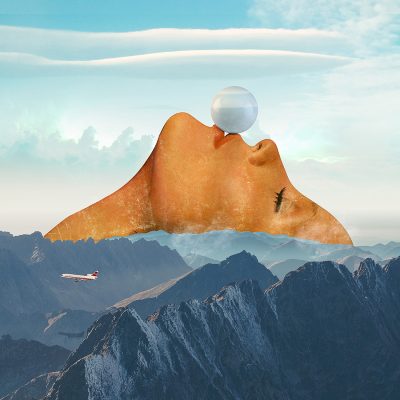 Prints by The Invisible Realm