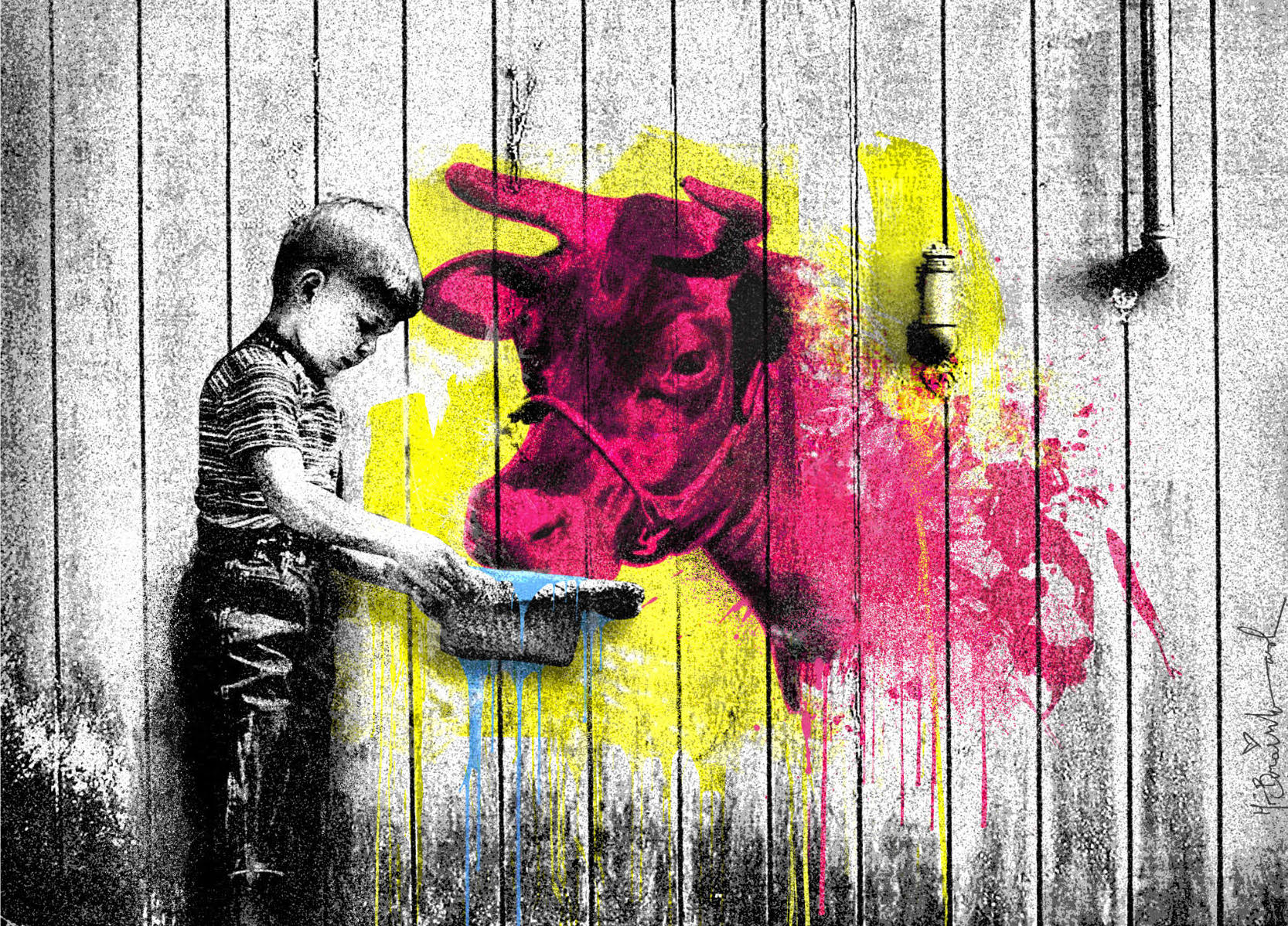 You Get What You Give by Mr. Brainwash

We are pleased to announce our first collaborative release with renowned urban artist Mr Brainwash. You Get What You Give references Andy Warhol, depicting his famed cow motif, one of the most important American artists and a big influence in Mr Brainwash’s oeuvre. This image is releasing exclusively with Guy Hepner.

You Get What You Give by Mr. Brainwash