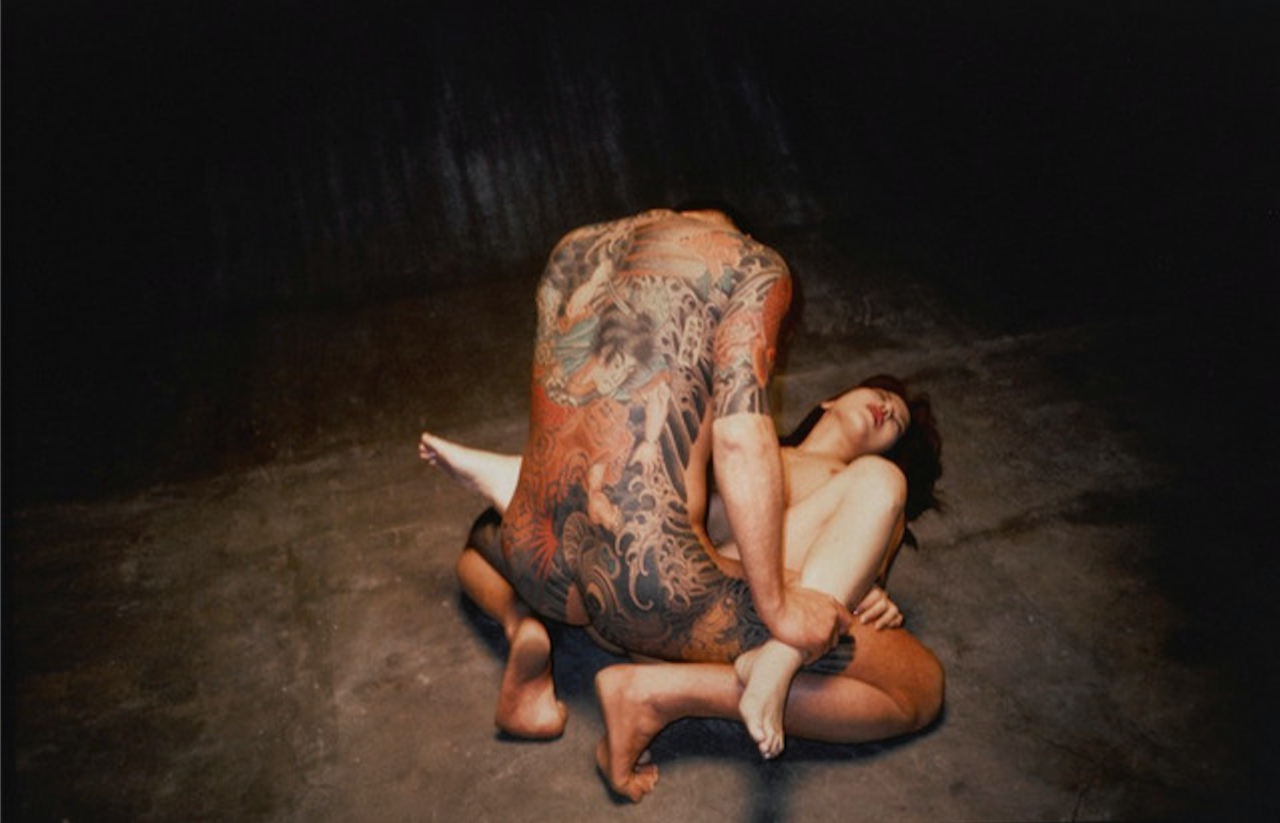 Nobuyoshi Araki, born in Tokyo in 1940, is one of Japan’s most well-known and controversial photographers.

Nobuyoshi Araki is a prolific photographer who has produced thousands of photographs over the course of his career. He became famous for “Un Voyage Sentimental” (1971), a series of photos depicting both banal and deeply intimate scenes of his wife during their honeymoon. A number of his works feature young women in sexualized situations: “Kinbaku”, a series from 1979, features 101 photographs of women in rope bondage. He typically works in black-and-white photography, and his hallmark style is deliberately casual. “Rather than shooting something that looks like a professional photograph, I want my work to feel intimate, like someone in the subject’s inner circle shot them,” he says. More recently, Araki has been working on a series titled “Faces of Japan” (2009-) in which the artist photographs 500 to 1,000 people in each of Japan’s prefectures.