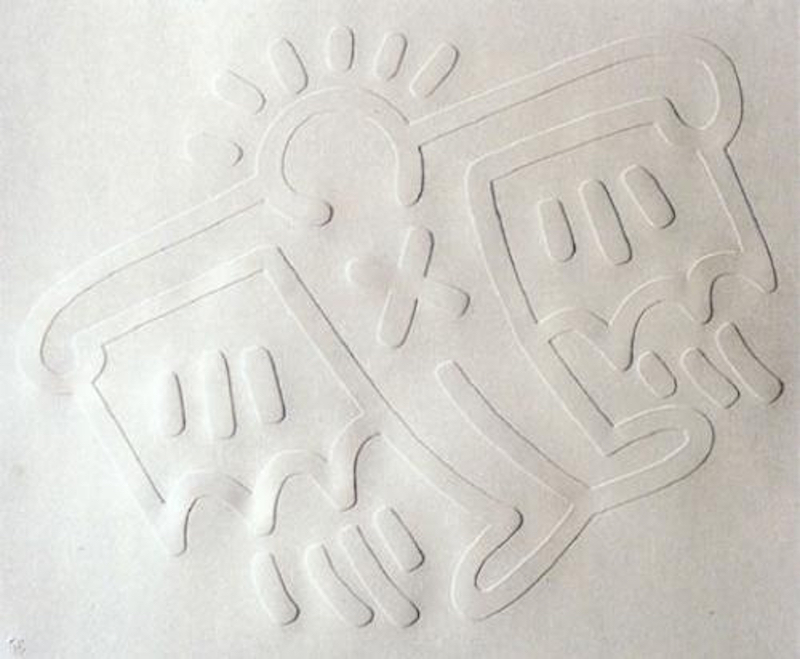 The White Icons by Keith Haring

Haring’s interest in art marketization and the commercialization of his signature icons. These icons became emblems of the artists social view, positive and negative. Struggle and anxiety seem to radiant from the images presented in the white icon series.

Made in 1990, this screenprint is authenticated by the Keith Haring Estate. It is part of an edition of 25 and follows the classic pop art motif Haring is known for.Haring’s interest in art marketization and the commercialization of his signature icons. These icons became emblems of the artists social view, positive and negative. Struggle and anxiety seem to radiate from the images presented in this series.