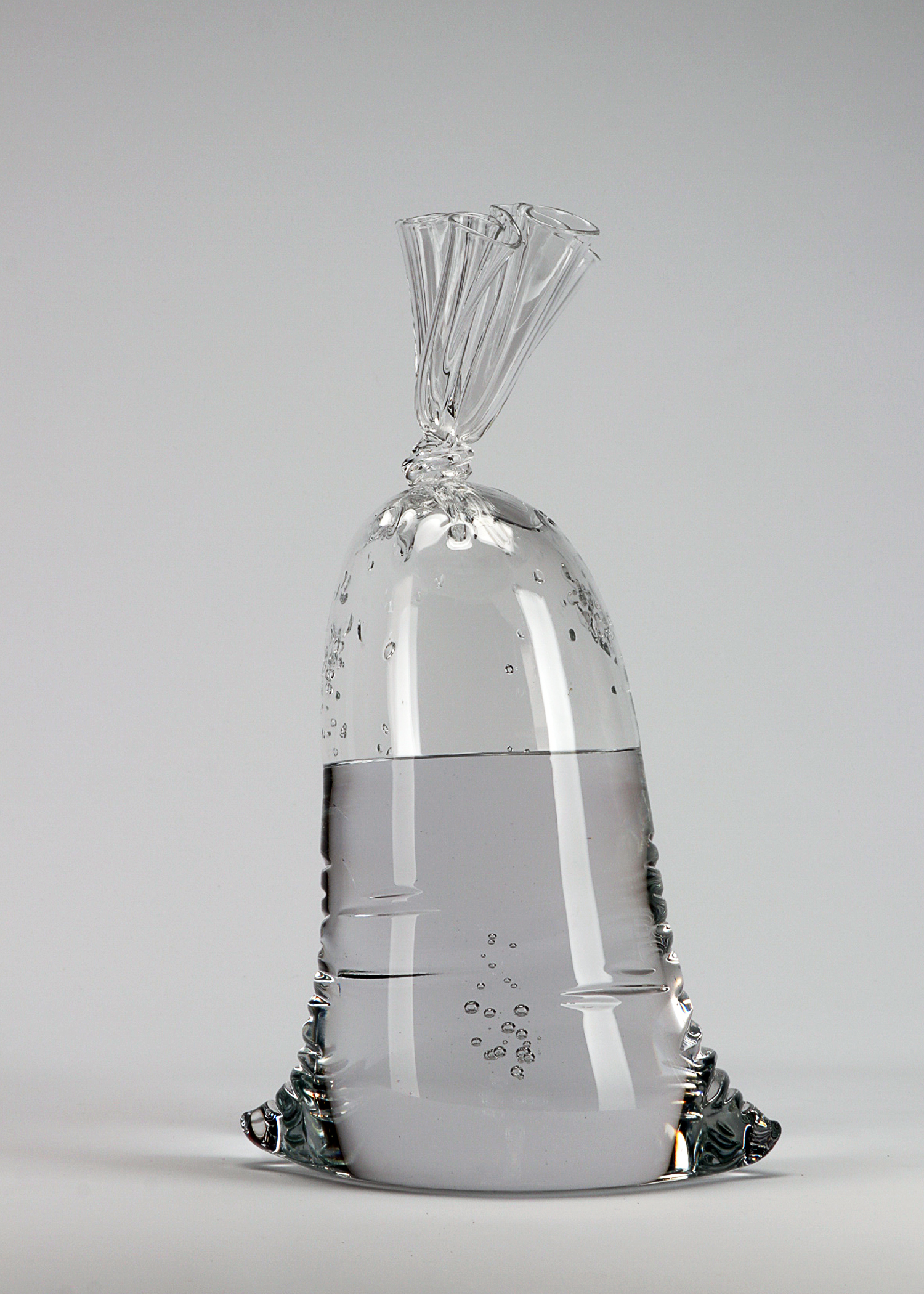 Our vision has the greatest effect on our understanding of the world.  Through Dylan’s artwork, he often creates scenarios in which the viewer must question their capacity to discern between reality and illusion. Martinez’s curiosity of perception is driven by the fact that he is red-green colorblind. Having a deficit in his color vision provides an alternative way of experiencing his environment. Inspired by Trompe L’oeil, H2O/SiO2 is entirely hot sculpted glass, which appear as plastic bags of water. The trapped movement of the rising bubbles and the gesture of the forms convince the eye that the sculptures are just as they seem. What is fascinating is that our desires often override the true perception of reality and you often believe what you think you see as the truth.

Dylan’s artwork explores the boundaries of human perception through the manipulation of light, space, and the physical properties of glass. Dylan’s fascination with glass began as an elective in college after taking an introductory art course. Martinez studied the physical sciences for his major and outdoor education as a minor. His curiosity about the natural world and the intricacies of how it all operated fascinated him. Understanding just how to control molten glass became a major focus for several years of his practice.

After training with several notable artists around the world, Dylan gained the technical skills to master the material. His interests shifted from how the world operated to focusing on how one perceives it. Martinez’s latest body of work explores techniques in which the viewer is presented with objects which trick the eye, Trompe L’oeil, or use the reflective and refractive properties of glass in configurations which fracture light in dynamic styles, allowing the viewer a moment of playful exploration.

Dylan Martinez earned his MFA in Glass at Ball State University, Muncie, Indiana. He has studied with master craftsman across the U.S. and abroad. Most recently Dylan completed a month-long residency working with Venetian glass masters in Murano, Italy. His sculptures are sought after internationally with exhibitions in America, Italy, France, Switzerland, The Netherlands, Taiwan, and Singapore. His artwork has been featured in several publications such as Life UK, Elle Decoration UK, American Craft Magazine, Interior Design Magazine, Office Magazine, and Aesthetica Magazine.