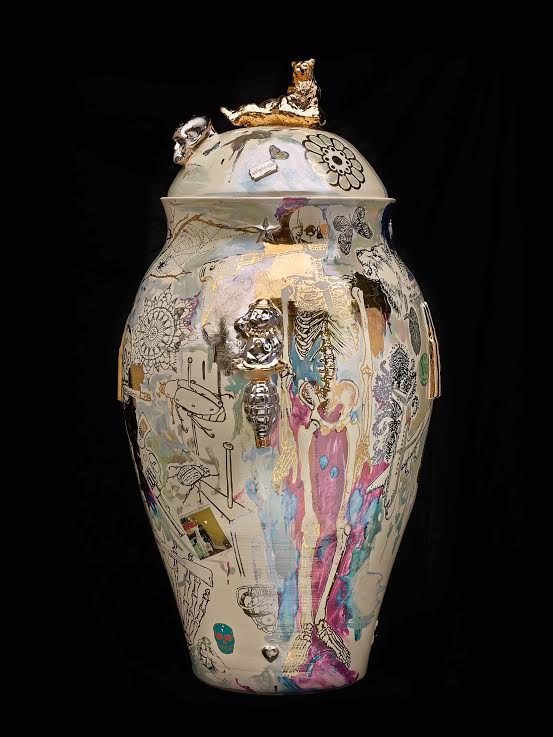 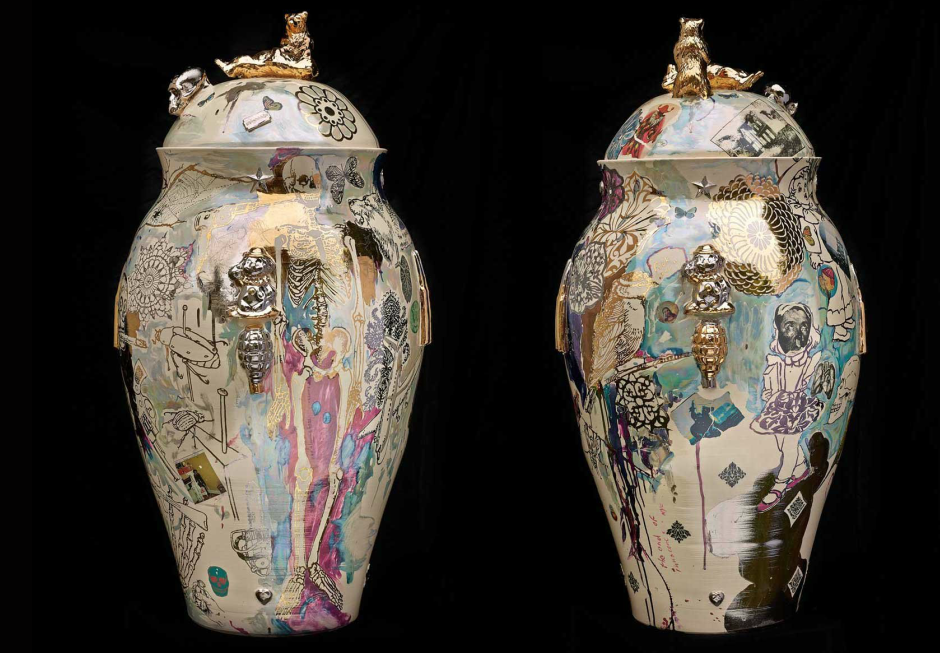 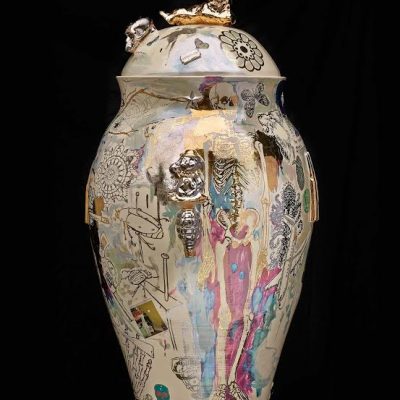 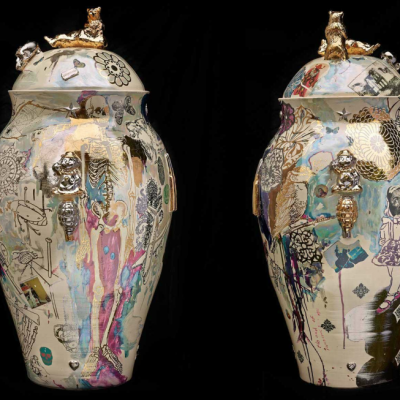 Amidst the edgy brushstrokes and sinister themes, symbolism proliferates in Baldwin’s work. From children’s storybook illustrations and images of war to nature & Vanitas, each viewer develops a highly personal response to what they see. The relationship that has been observed between Baldwin and the still life painters of seventeenth century Holland stems from his use of such symbols of life, death and mortality as the flower, the skull, the bird and rotting fruit. Baldwin recontextualizes these symbols, however, making them relevant for modern audiences.

Baldwin creates a landscape that simultaneously reflects reality, the power of the imagination and the private, inner workings of his mind. His style has a unique aesthetic which is difficult to categorize. Working by instinct, it can change dramatically depending on the subject matter he is exploring and the emotions he is channeling.

In 2005, he started to paint pots ,as an extention of his painting practice – in 2011 he started working alongside Siscilian potter Roberto Gagliano , pushing boundaries in clay and 3d cast objects which reflect the mixed media objects of his paintings.Their recent pieces are complex two part ‘urns’ with sculptural lids, cast objects from life & scale of up to 5ft. His pieces have been collected by Liam Howlett, Maxim (The Prodigy),Chris Packham,Gem Archer & Andy Bell (Oasis,Beady Eye),Jo Whiley,Petra Ecclestone,Holly Willoughby,Ant Mcpartlin,Sir Ronald Cohen,Max Lousada,Nick Candy,Shepard Fairey, Alison Mosshart, Gavin Bond & Jake Chapman.