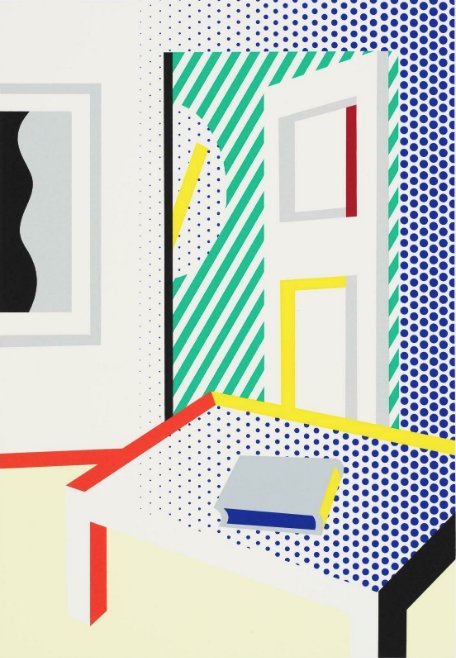 Roy Lichtenstein was a pop art painter whose works, in a style derived from comic strips, portray the trivialization of culture endemic in contemporary American life. Using bright, strident colors and techniques borrowed from the printing industry, he ironically incorporates mass-produced emotions and objects into highly sophisticated references to art history. He was one of the first American Pop artists to achieve widespread renown, and he became a lightning rod for criticism of the movement. Born in New York City in 1923, Lichtenstein studied briefly at the Art Students League, then enrolled at Ohio State University. After serving in the army from 1943 to 1946, he returned to Ohio State to get a master’s degree and to teach.