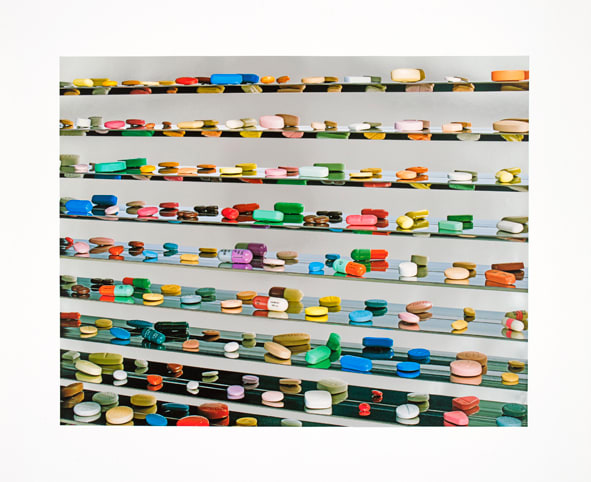 ‘Utopia’ by Damien Hirst is a collection of inkjet and foil block prints showcasing rows full of pills, diamonds, or cigarettes in metal cabinets. Hirst consistently explores themes of medicine and religion, often intertwining the two. His work comments on the modern-day obsession with a vitality that can be sold or ingested. Utopia remains an ideal, never fully realized. In the prints, Hirst exposes the ultimately flawed nature of its pursuit and a stark contradiction between desire, indulgence, and death.