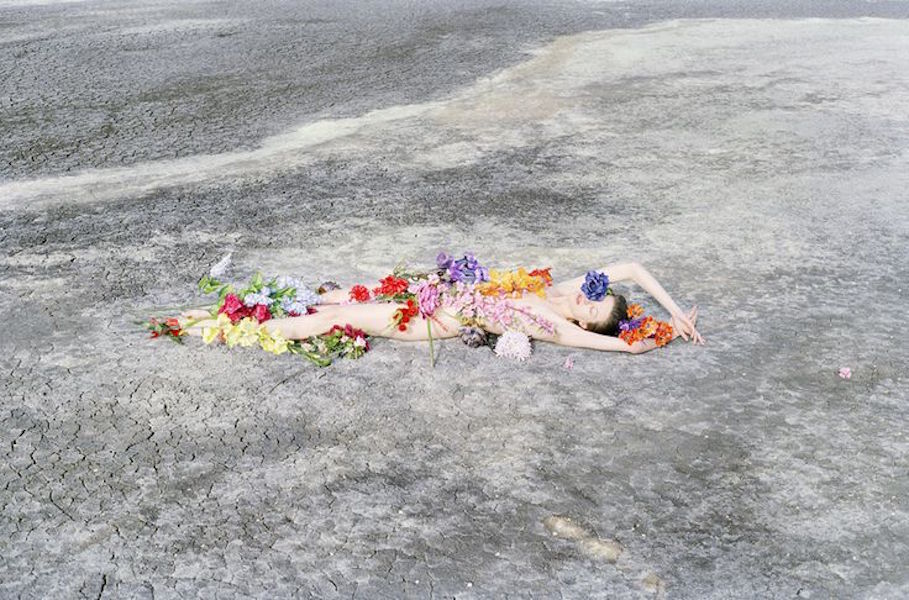 Synchrodogs is exhibiting in “Clairvoyance”, a collaborative exhibition between Guy Hepner and AXD. The third exhibition of this collective series, the exhibition presents a collection of the most trending artists currently online, and explore the current fascination of social media, technology and the contemporary artist.
Add to Wishlist

Synchrodogs is a duo of photographers from Ukraine – Tania Shcheglova (26 y.o.) and Roman Noven (31 y.o.) shooting together since 2008.

Their main interest lies in bringing primitive instincts out of a viewer, provoking animalistic behavior and emotions, allowing one to embrace their natural beauty, encouraging one to be free from any predispositions and fear of being misperceived. Synchrodogs find inspiration in nudity and people’s eccentricity, mixing in Western and Ukrainian/Byzantine tradition, with references to folklore and local naive art. Nudity, self-excruciation, human nature, primitivism, symbolism, eccentricity, animalism and intuition are amongst the themes communicated by their artworks. Synchrodogs use their night dreams as main source of inspiration, also developed their own meditation technique which helps them acquire ideas.