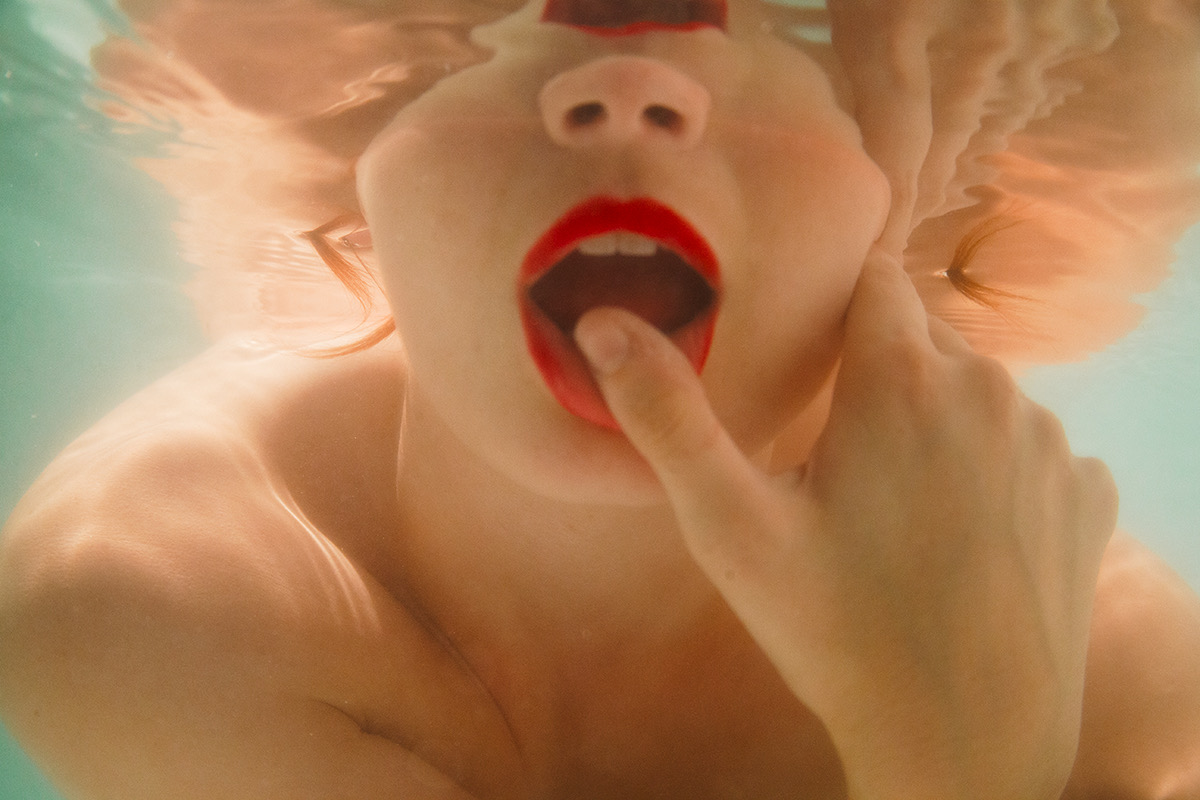 “Underwater was one of the most challenging and incredible ways I have ever made a photograph. From day one I knew I wanted to make something special that would make people stop and think, ‘How did he do this?”

Out of all the locations Shields has shot in, perhaps the most impressive is underwater. Shields himself deems it “the most challenging and incredible ways [he has] ever made a photograph.” Shooting his Submerged series hurdled over many obstacles that made attempting such a shoot seem impossible.

Shields recalls, “From day one I knew I wanted to make something special, something that would make people stop and think, ‘how did he do this?’” Shields knew in order to capture the vision he had for the shoot, he needed to be able to stay underwater longer than any of the other models, with complete freedom of what to photograph and how to do it. He explains, “I did not want to use oxygen tanks. Instead, I wanted to learn to free dive the whole series – I can now hold my breath for up to 6 minutes underwater. This ability gave me the chance to shoot images in a way that could not have been done with scuba gear and tanks and allowed me to create a unique look.”

The drive and persistence it took to execute the series pays off in a major way. Shields is able to capture the models fully immersed in the water, with the intimate perspective from the bottom of the pool. He writes, “From holding my breath, to getting people in thirty pound dresses 20 feet under the water, to finding the right film and camera combination, there were a million stop signs trying to prevent this from happening. But in the end, I was able to make a series I was very proud of.”