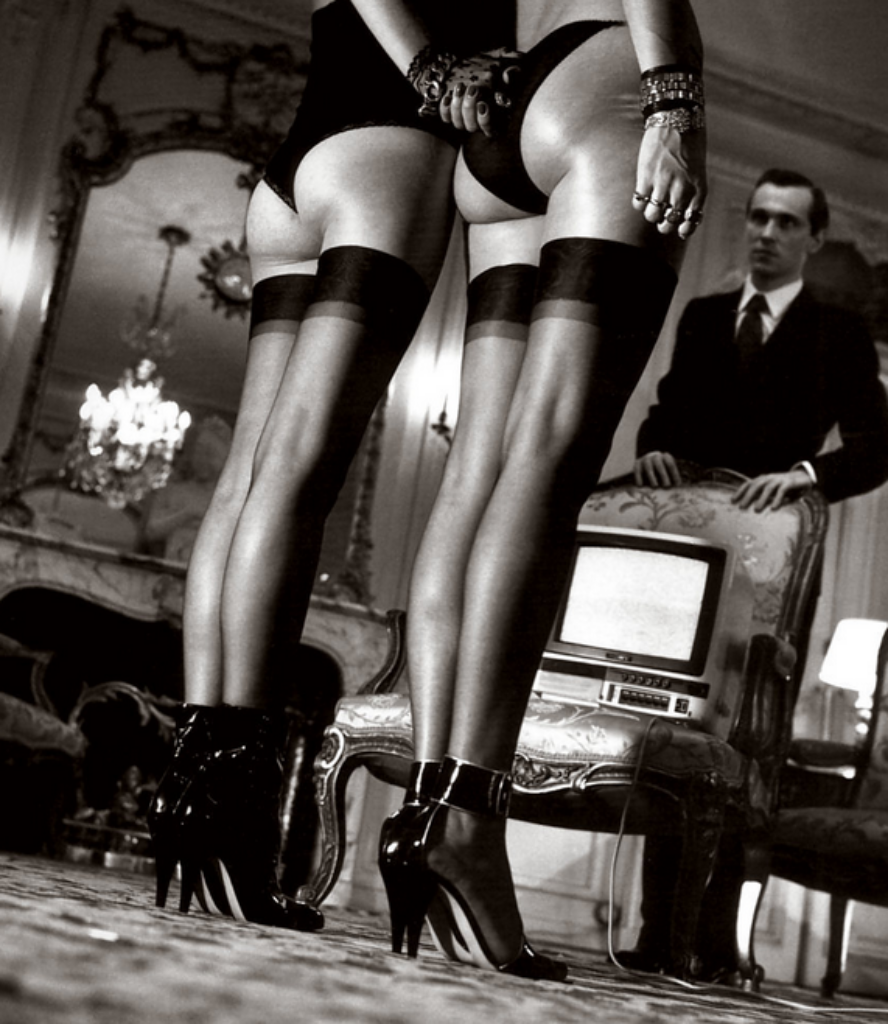 Two pairs of legs in black stockings by Helmut Newton

Two pairs of legs in black stockings by Helmut Newton