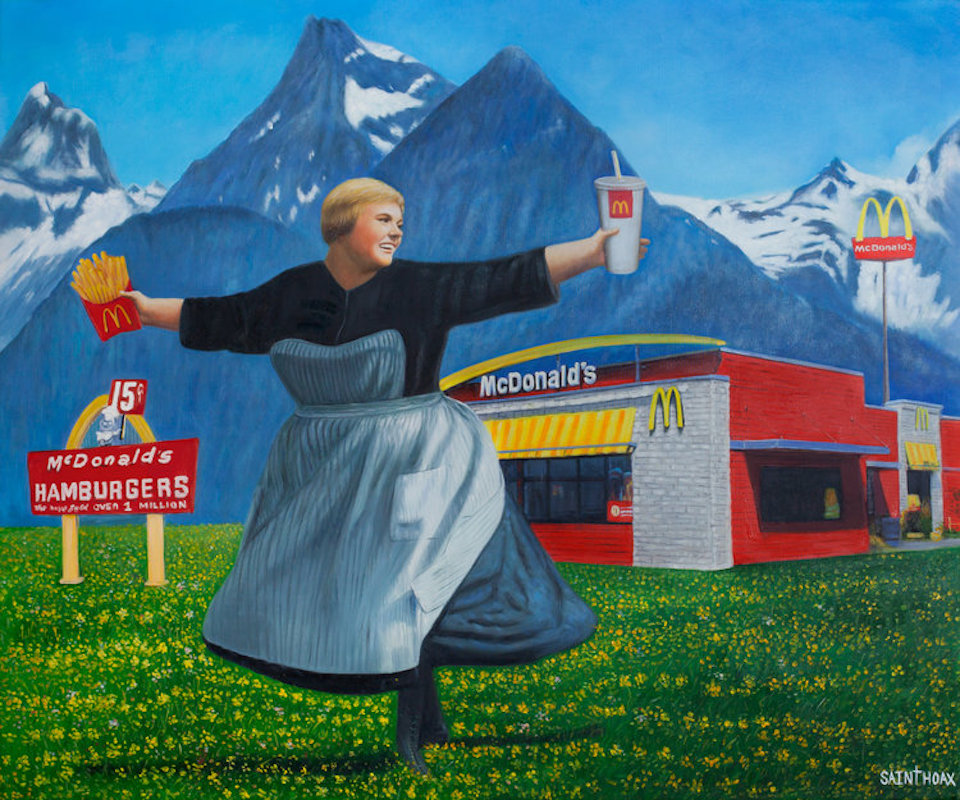 The Sound of Capitalism by Saint Hoax

An embedded infatuation with pop culture and politics drove Saint Hoax to share his PoPlitically Incorrect vision. Featuring in his own solo exhibition, Is That All There Is?, Hoax combines tangible and digital mediums, such as a technique called lenticular printing, to create beautiful visual lies that tell an ugly truth. Lenticular printing allows the artwork to change as the image is viewed from different angles.

Titled “PoPlitically Incorrect”, the collection features his satirical series of re-imagined popular icons. The world’s most recognized figures such as Vladimir Putin, Hitler, and Kim Jong Un become almost unrecognizable once merged with Hoax’s vision. “The project is a mere reflection of the current political situation that has taken its toll not only on the Arab region, but also on the entire world.” Hoax explains. “I want my artwork to become a constant reminder that the idolized leaders are merely performers in drag — My art is purely ‘POPlitical’ rather than political.” The show is an interactive journey that rewrites history by turning gunpowder into glitter, and tyrants into faux queens.