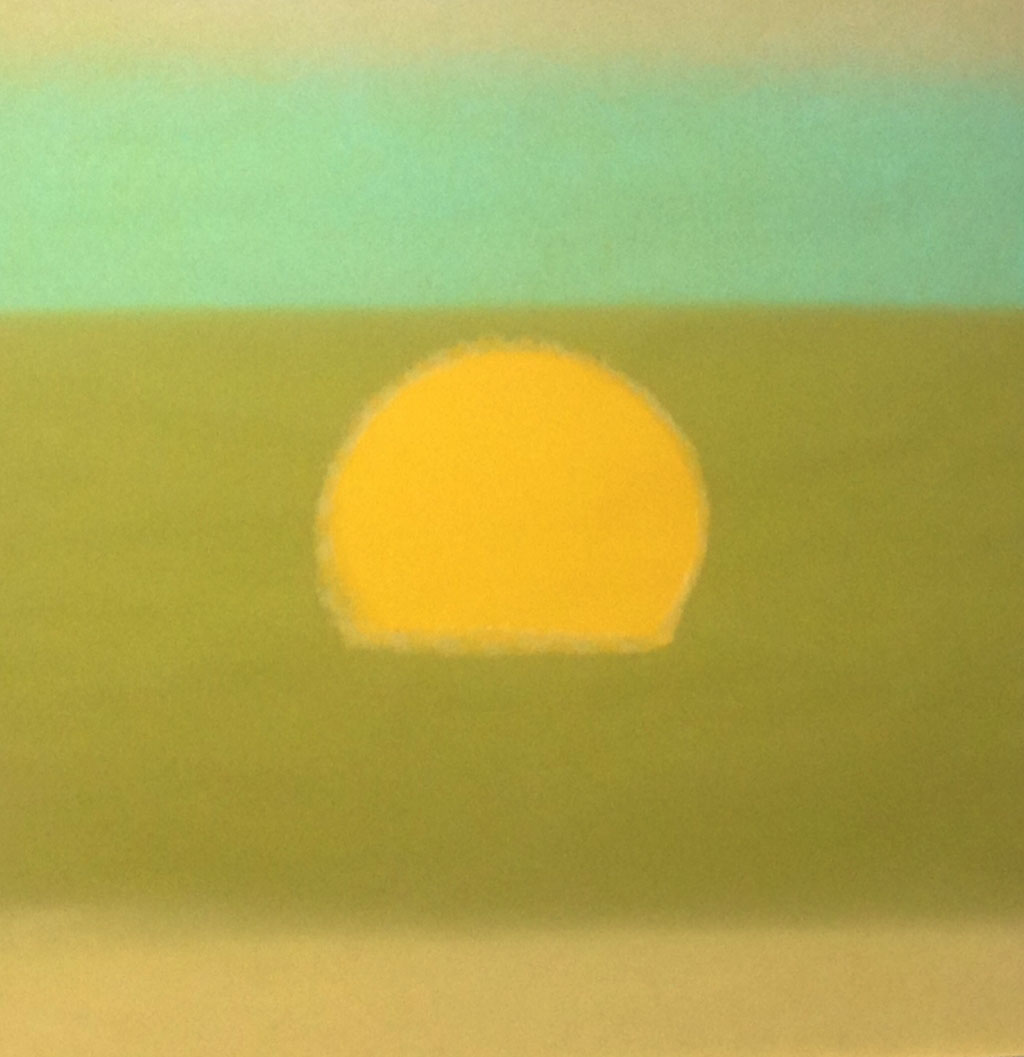 The Sunset series was produced in 1972 on smooth wove paper. This series is an extreme example of the concept of color serialization. The screen print was produced at an unheard of 472 unique color variations with the use of only three screens. The sunset series is considered to be one of Warhol’s more expressive projects he produced in his lifetime. The commission for the work was made by Johnson & Burgee, famed architects, to be installed in the rooms of the renovated Hotel Marquette in Minneapolis, Minnesota. After the prints were removed from the hotel, they were signed, numbered and stamped.