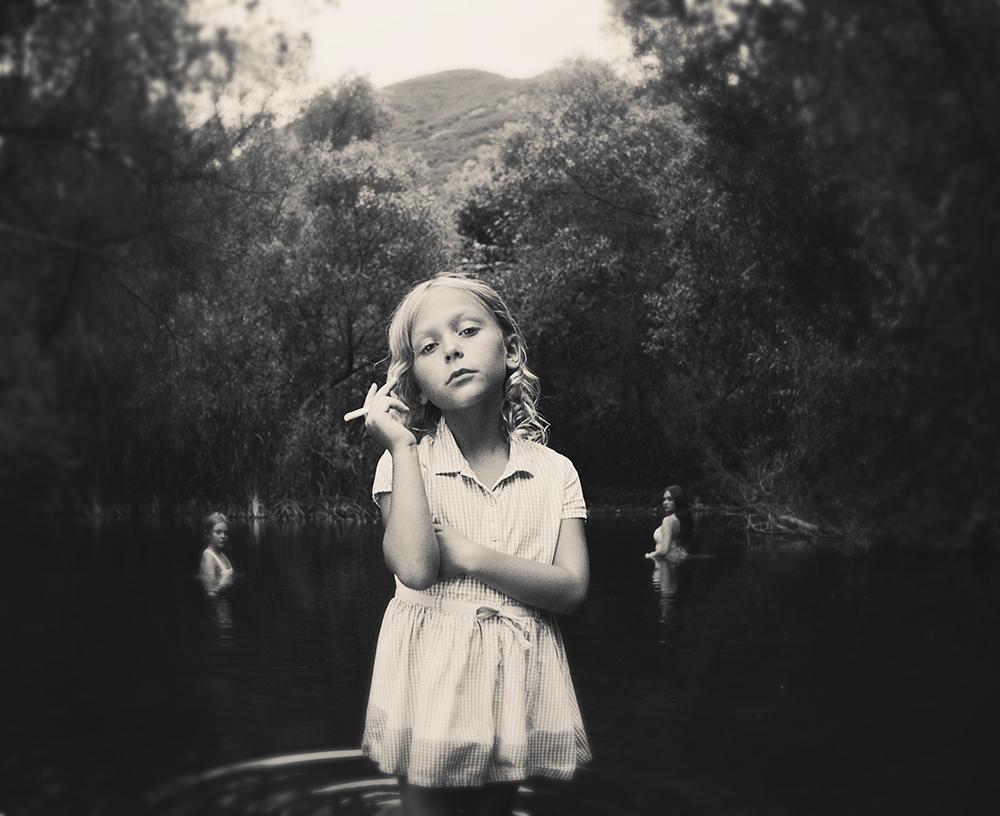 The photos explore dark moments in history, including the deaths of Marilyn Monroe, James Dean and Martin Luther King Jr., with many of them honing in on moments that confront the country’s racist past.

Historical Fiction was photographed in locations across the United States over a period of twelve months through early 2015. These large-scale color-saturated and black and white photographs are the artist’s powerful interpretations of iconic moments and individual reactions to 1960s American political and pop culture history.

Shields says, “We started shooting this series almost a year ago. I kept all the images secret” says Los Angeles-based photographer Tyler Shields on his latest series. “One of the most exciting things about a gallery is the first time that the doors open. Its such a unique and amazing experience because you’re having these people who knew nothing about it. Watching people look at the photos and react to them–its honestly indescribable the feeling that you get from it.”

“You have these iconic moments: John F. Kennedy, James Dean, Marilyn Monroe, Martin Luther King, you know, all the way even to man landing on the moon. To take some of these moments that shaped history and not recreate the actual moments, but recreate some of the reactions to those moments. That was one of the ideas behindHistorical Fiction.”