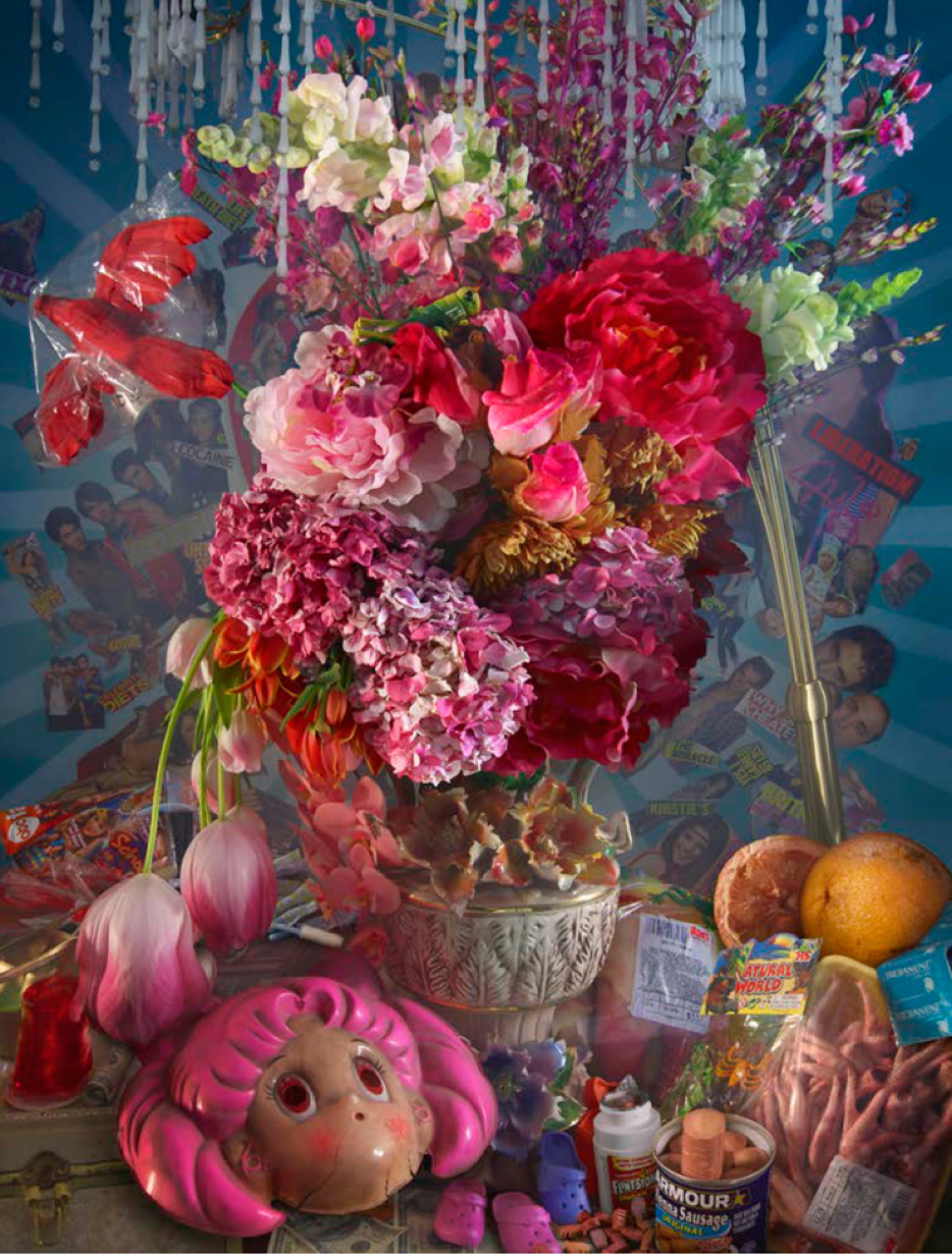 David LaChapelle’s newest series, New World, inspires an eternal and metaphysical narrative. The series revisits a much earlier experimented technique where he paints on negatives of photographs to produce colors and images of hyper-surreal stories.