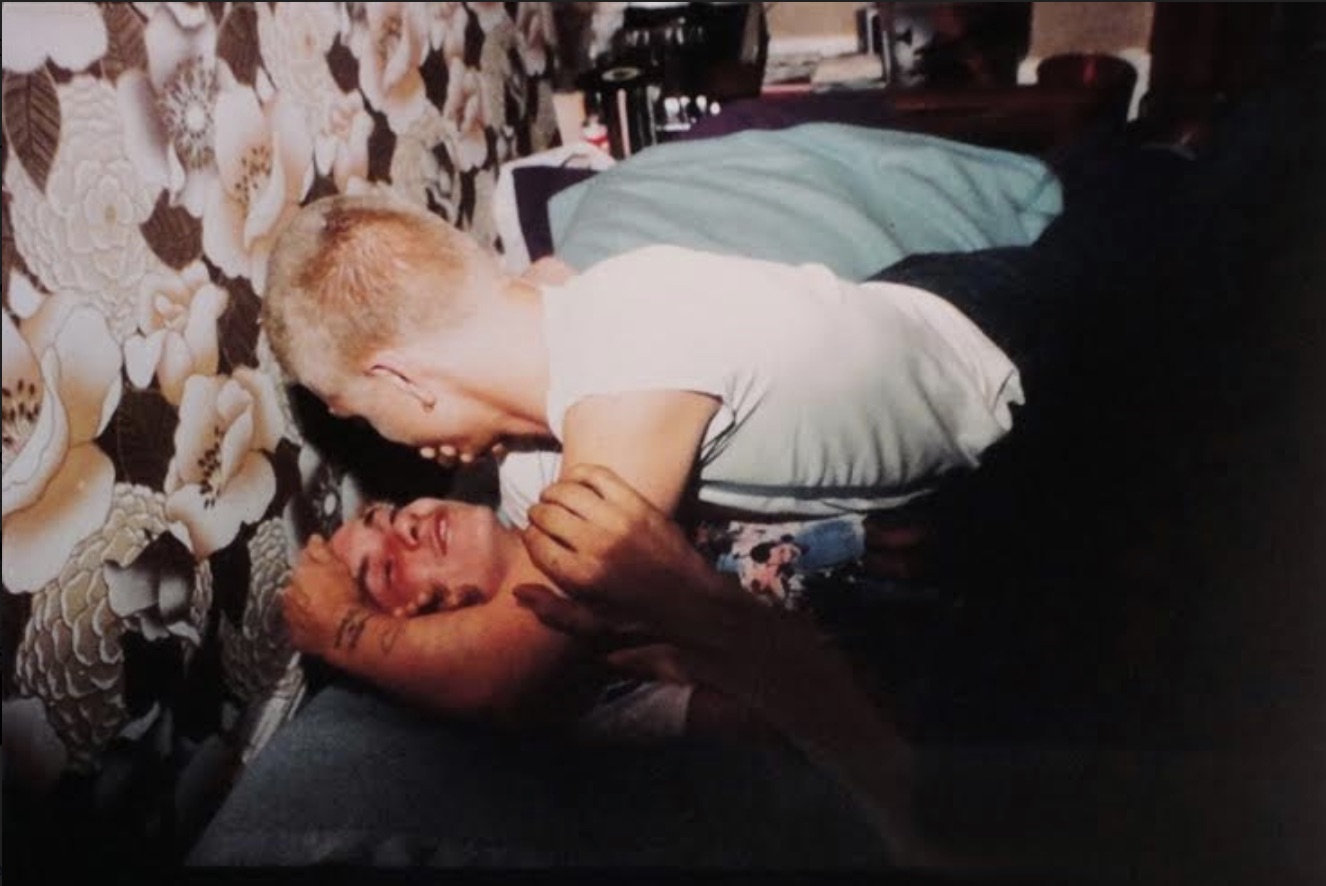 Skinheads – Warren and Jerry fighting in London, 1978 by Nan Goldin

Skinheads – Warren and Jerry fighting in London by Nan Goldin (1978)

Arguably the most influential photographer of intimate life, Contemporary visual artist Nan Goldin (1953), became known in the 1980s for her gritty and raw depictions of her peers, lovers and herself. This photograph was taken during the New York City Gay Pride Parade of 1991.  “Jimmy Paulette” is one of Goldin’s recurring muses, having appeared in a large number of her works.

Born on September 12, 1953, in Washington, D.C, Goldin was influenced and inspired by the fashion photography of Helmut Newton and the portraits of Diane Arbus.  Goldin changed the nature of documentary photography, turning her attention to the photography of everyday people, parties and seemingly private moments. Her photographs act as a visual autobiography for her life as well as her peers who were part of the LGBTQ community and the drug-hooked subculture. “My desire is to preserve the sense of people’s lives, to endow them with the strength and beauty I see in them. I want the people in my pictures to stare back,” explained Goldin.

Goldin’s work has been the subject of major touring retrospectives, organized in 1996 by the Whitney Museum of American Art, and in 2001, by the Centre Pompidou, Paris. Goldin was admitted to the French Legion of Honor in 2006, received the Hasselblad Foundation International Award in 2007, and was presented the Lucie Award in 2014 for Outstanding Achievement in Portraiture. She lives and works in Paris, Berlin, and New York