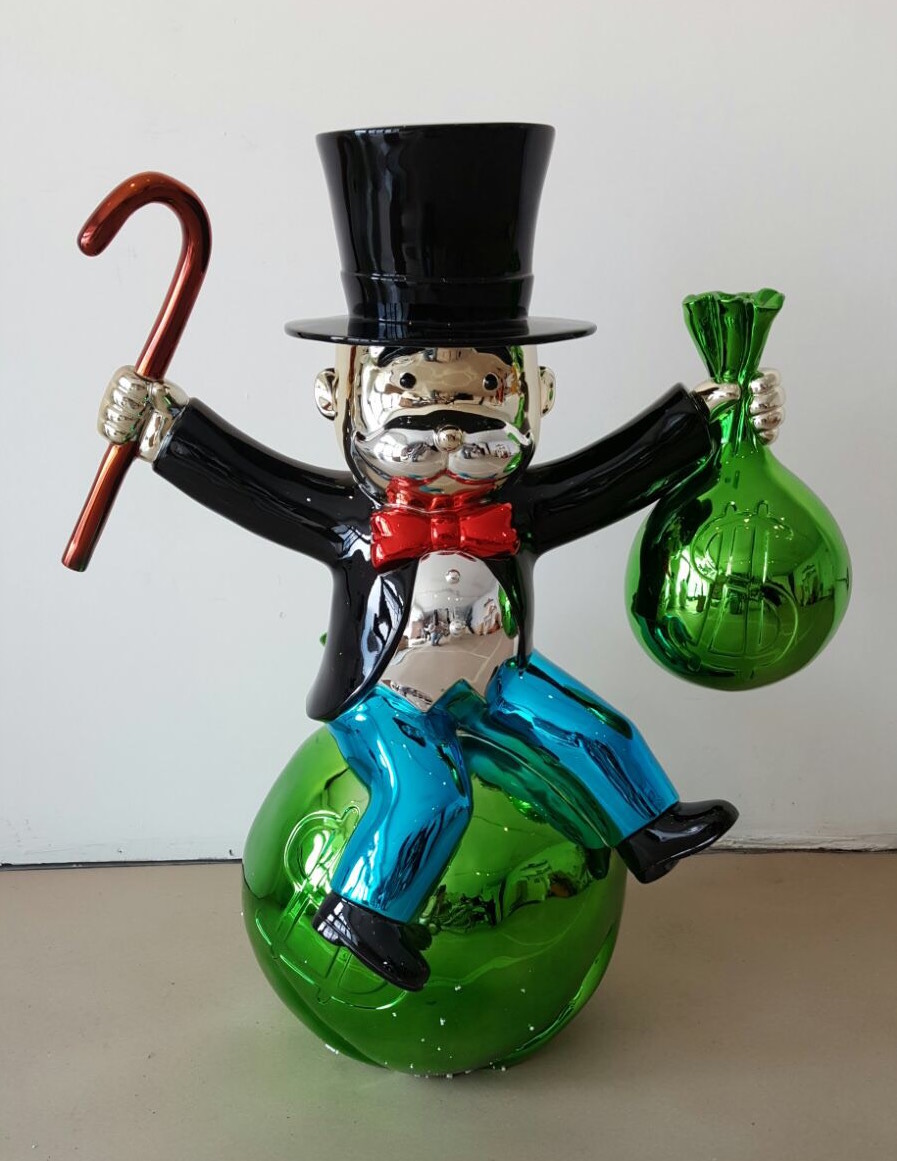 Alec Monopoly brings his paintings to life as he creates these sculptures , often featuring electroplated casting compound hand finished by the artist with Acrylic paint.

The Reflective Icons Series is Alec’s first sculpture offering featuring electroplated casting compound hand finished by the artist with Acrylic paint. Taking influence from Jeff Koons “Balloon Dog” series, Alec thought the shiny electroplated surface would be fitting for his signature icons The Monopoly Man, Richie Rich and Scrooge but wanted to take it a step further by spray painting each sculpture to signify his Street Art and Graffiti origins.

Each sculpture ranges from 4 to 5.5 feet tall and will come in editions of either 3 or 5.