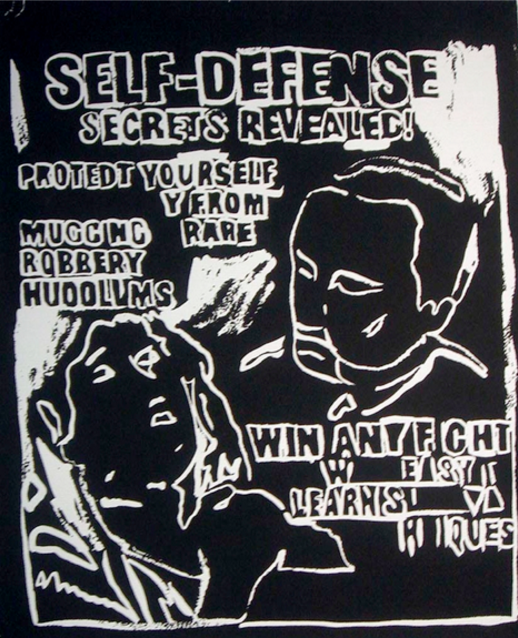 Self Defense (Negative) by Andy Warhol

Warhol’s constant themes of consumer culture, war, death and religion are powerfully represented in these late works. The paintings are contemporary with the collaborations Warhol made at this period with Jean-Michel Basquiat and Francesco Clemente, which revitalized his interest in painting, and are directly related to the early Pop paintings that established Warhol’s reputation in the early 1960s.

Self Defense Negative by Andy Warhol from the Late Paintings

Andy Warhol’s late period was characterized by a burst of artistic innovation and production. Those surrounding Andy Warhol during this time remarked on his tremendous vitality and enthusiasm as Andy Warhol re-immersed himself in painting. Andy Warhol embraced each new idea passionately, working tirelessly on his many projects