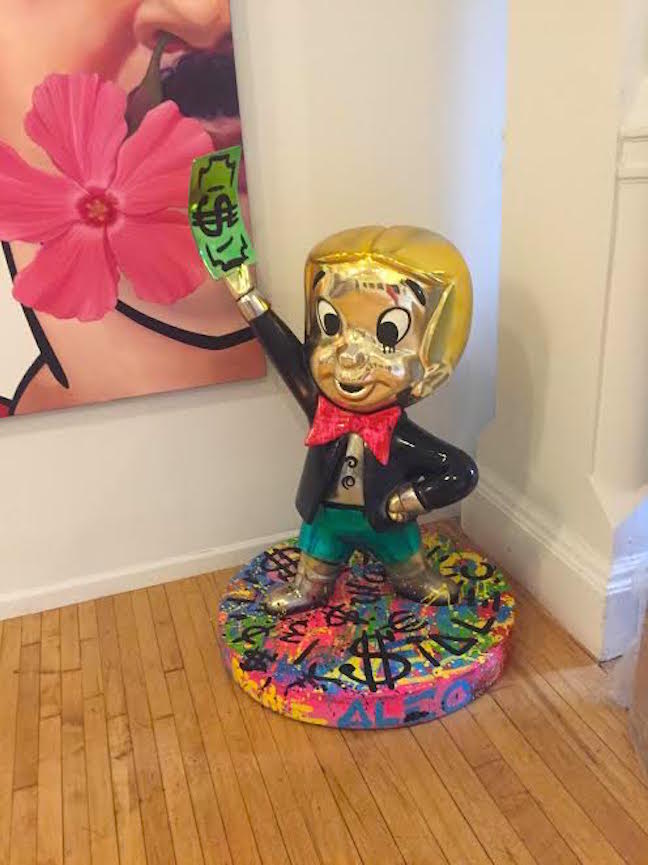 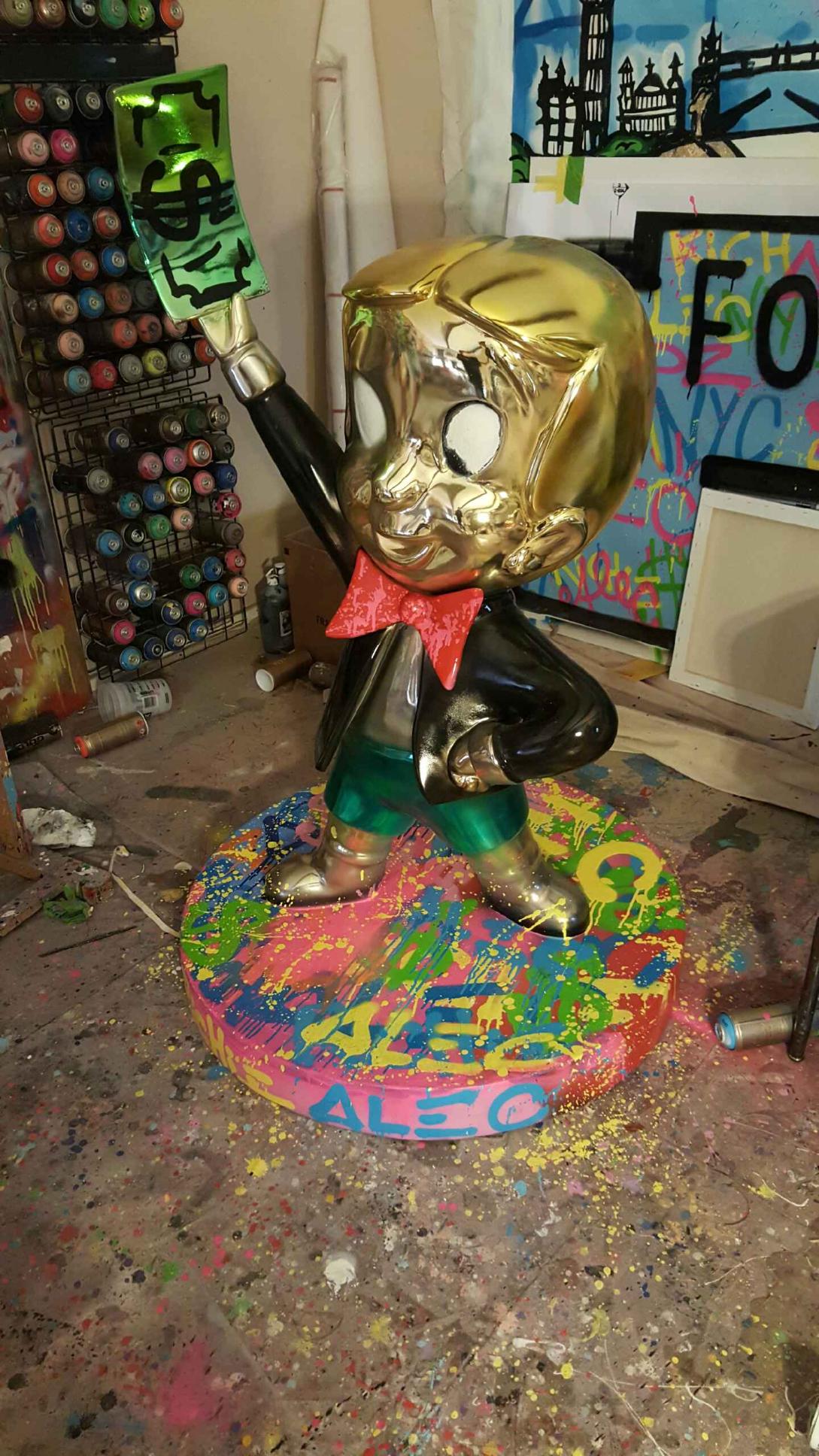 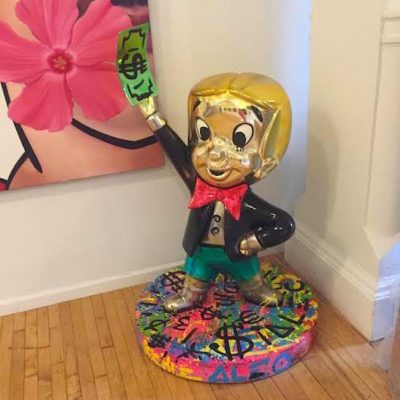 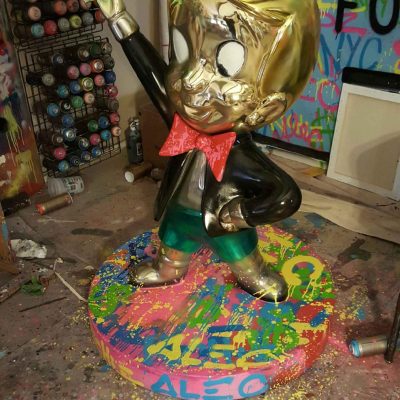 The Reflective Icons Series is Alec’s first sculpture offering featuring electroplated casting compound hand finished by the artist with Acrylic paint. Taking influence from Jeff Koons “Balloon Dog” series, Alec thought the shiny electroplated surface would be fitting for his signature icons The Monopoly Man, Richie Rich and Scrooge but wanted to take it a step further by spray painting each sculpture to signify his Street Art and Graffiti origins.

Each sculpture ranges from 4 to 5.5 feet tall and will come and will come in editions of either 3 or 5.
“Alec Monopoly” is the alias of an unidentified graffiti artist, originally from New York City. The artist primarily works with street art in the urban environments of New York, Los Angeles, and London using varied materials (including stencils, spray paint, epoxies, varnishes and newspapers) to subversively depict the mascot of the board game, Monopoly. Alec Monopoly and his work have been covered by The Huffington Post, the Wooster Collective, Juxtapoz magazine, Complex magazine, The Dirt Floor and commissioned by Paramount Pictures and Kiehl’s to name a few.