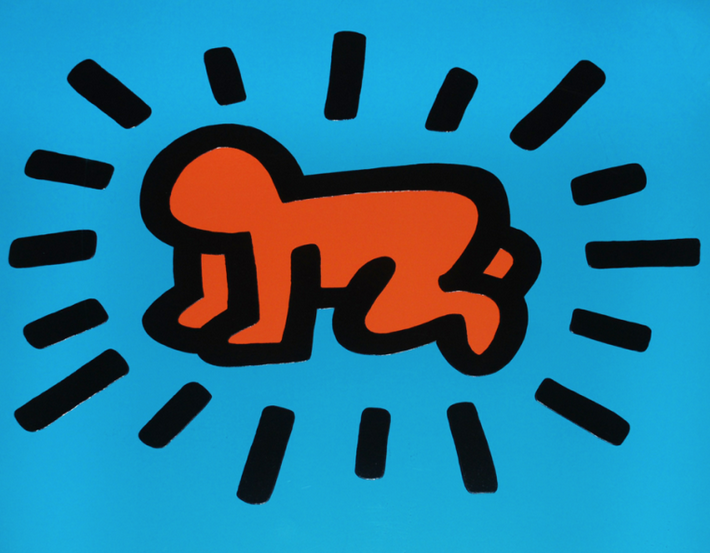 Radiant Baby from the Keith Haring Icons series. Created by the artist in 1990 this is an unique piece that captures Haring’s classic style.“Radiant Baby,” is one of Haring’s most seminal characters, typifies the artist’s iconographic and hieroglyphic style.

Radiant Baby by Keith Haring from the Icons series.

Guy Hepner presents a portfolio of five icons by Keith Haring. Keith Haring is recognized for his exclusive use of black and white, and typical use of primary colors, the figures were simplified, and easily recognizable as his. They formed glyphs that could be read, like an urban, tribal language.

Made in 1990, this screen print is authenticated by the Keith Haring Estate. It is part of an edition of 25 and follows the classic pop art motif Haring is known for.Haring’s interest in art marketization and the commercialization of his signature icons. These icons became emblems of the artists social view, positive and negative. Struggle and anxiety seem to radiate from the images presented in this series.

Along with Jean-Michel Basquiat, Haring was a central figure in Warhol’s creative and social circle. Through his public murals, subway drawings, as well as his prints and paintings, Haring created a range of images that have become internationally recognized and heavily iconicized across a bevy of genres and industries.