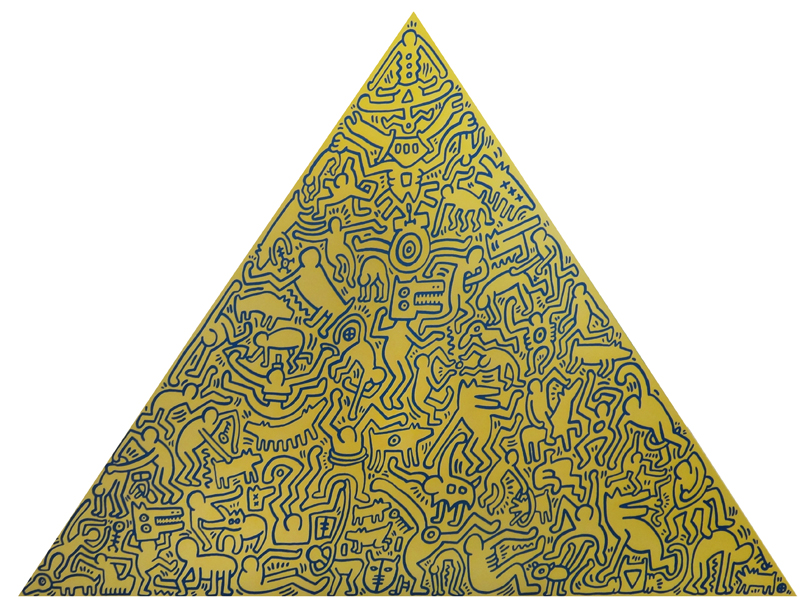 Published the year before Haring’s death in 1990, this rare screenprint on anodized aluminum features dozens of the artist’s iconic characters dancing in a celebration of life. Arranged within a large pyramid, the exuberant figures are rendered in bright yellow against a rich teal background. The pyramid was a common theme in Haring’s work, simultaneously referring to antiquity and symbolizing eternity.