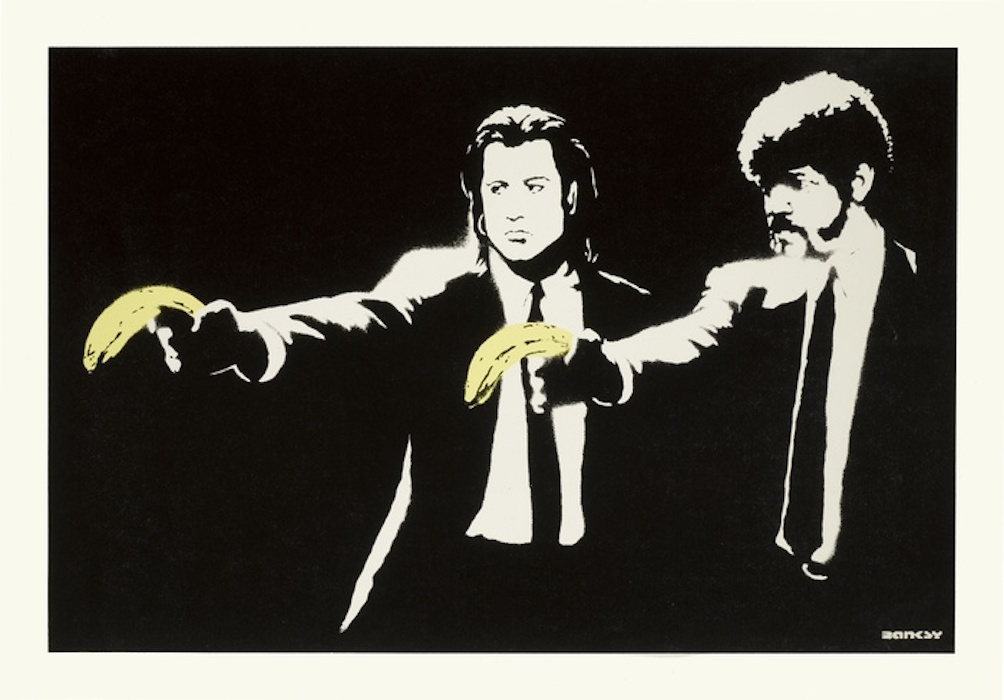 Pulp Fiction Bananas by Banksy appeared in London in April of 2007. The artwork was removed by Transport for London as it was deemed too violent. Banksy quickly returned, as did the art. The ongoing depictions of graffiti art continue to appear throughout London, and authorities continue to remove them, only to find the art reappearing time and time again.

Pulp Fiction is a satirical adventure depicting over-the-top violence and language. Pulp Fiction fans will appreciate the irony of the scene as Travolta and Jackson threaten menacingly with their bananas instead of guns. The graffiti art is an interesting tribute to the outrageous movie, Pulp Fiction.