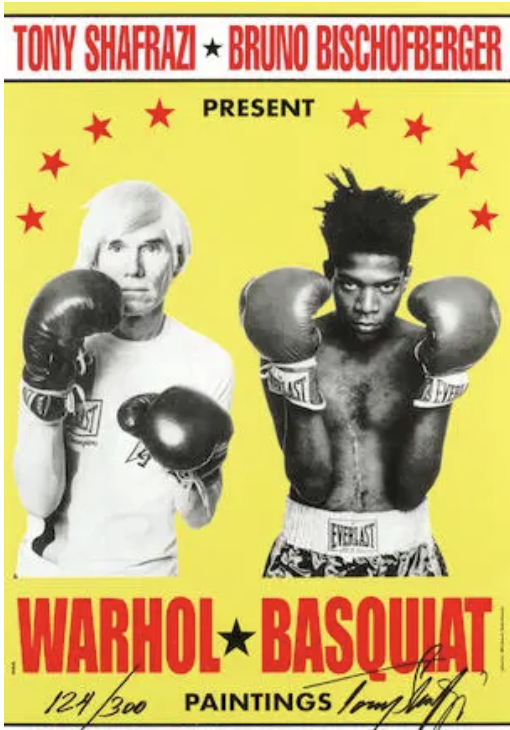 Official lithograph of the famed collaboration between Andy Warhol and Jean-Michel Basquiat for their 1985 ‘Paintings’ show. Signed and numbered by Tony Shafrazi.

Official lithograph of the famed collaboration between Andy Warhol and Jean-Michel Basquiat for their 1985 ‘Paintings’ show. Signed and numbered by Tony Shafrazi.