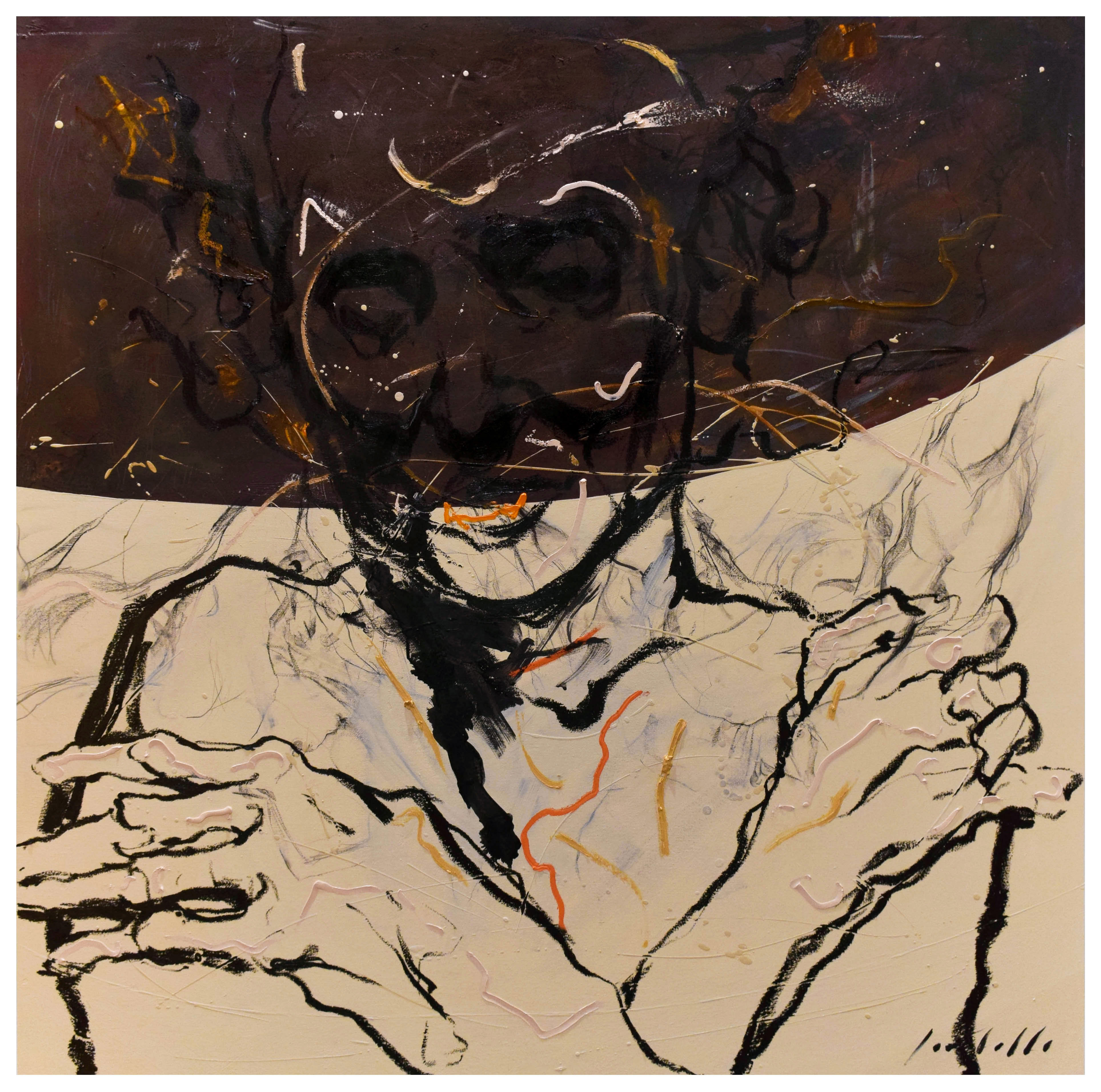 Portrait Of No One 5 By Loribelle Spirovski

Portrait Of No One 5 By Loribelle Spirovski

This body of work is a continuation of ideas that I’ve been playing around with in my practice for the last couple of years, to do with how the concept of ‘space’ interacts with an occupant and the conversation that exists between a figure and the space around them. The process has primarily been a focus on mark-making using traditional and non traditional methods, taking the idea that technique is using whatever means necessary to achieve a desired effect.

The narratives that I tell are influenced by both old stories and new ones, mythology and contemporary history, my own personal experiences as well as those of others. As a person who has always been both restless and still, my art has enabled me to develop a language that is able to communicate the ineffable juxtapositions, ironies and paradoxes of human consciousness.

I called this collection of works ‘Be Still’ because it is both a command to the viewer to encounter the works in a moment of stillness, as well as an echo from my – our – childhood, to ‘be still’, to behave in a certain way, in a certain space. In that stillness, a new space is created, a new mode of existence. Stillness is a place of terrible and magical potential.