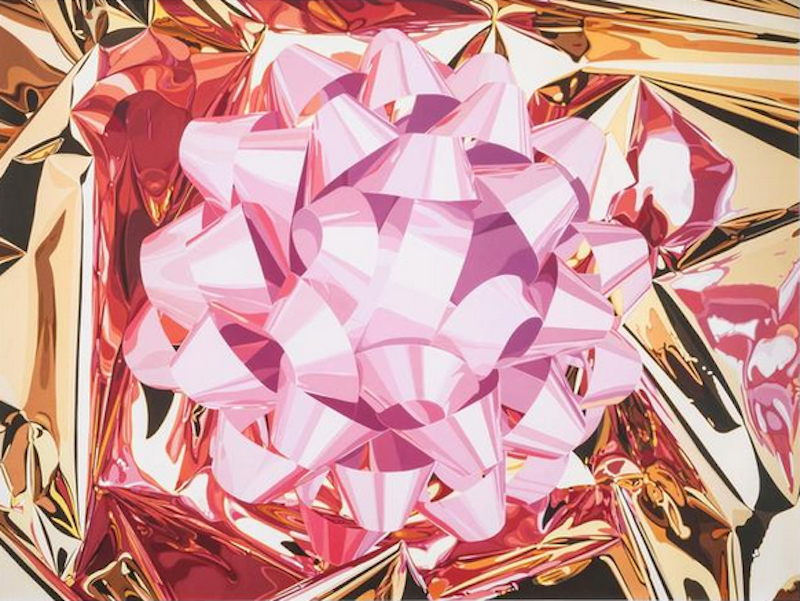 Pink Bow by Jeff Koons is an Official Licensed Product of the 2014 FIFA World Cup Brazil. The Official Art Print Edition is a collectable edition; two thousand and fourteen high-quality prints are available of each of the participating works.

It was no obvious idea to include a work from Koons’s famous “Celebration Series” in an art print edition for a Football World Cup. This is probably why Jeff Koons liked it. The “Celebration Series” was begun in 1994 with the “Balloon Dog” sculptures. Koons later added Valentine hearts, diamonds, Easter eggs, tulips, and “Balloon Flower” sculptures. The series also includes sixteen oil paintings, one of which is the “Pink Bow”.