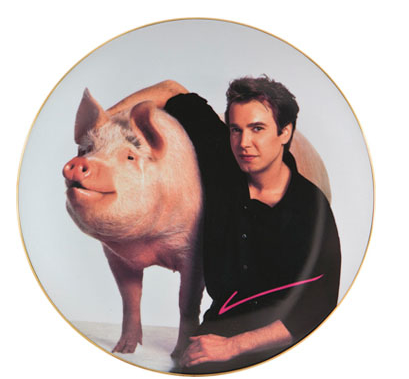 Parkett Signature Plate by Jeff Koons from his Editions.