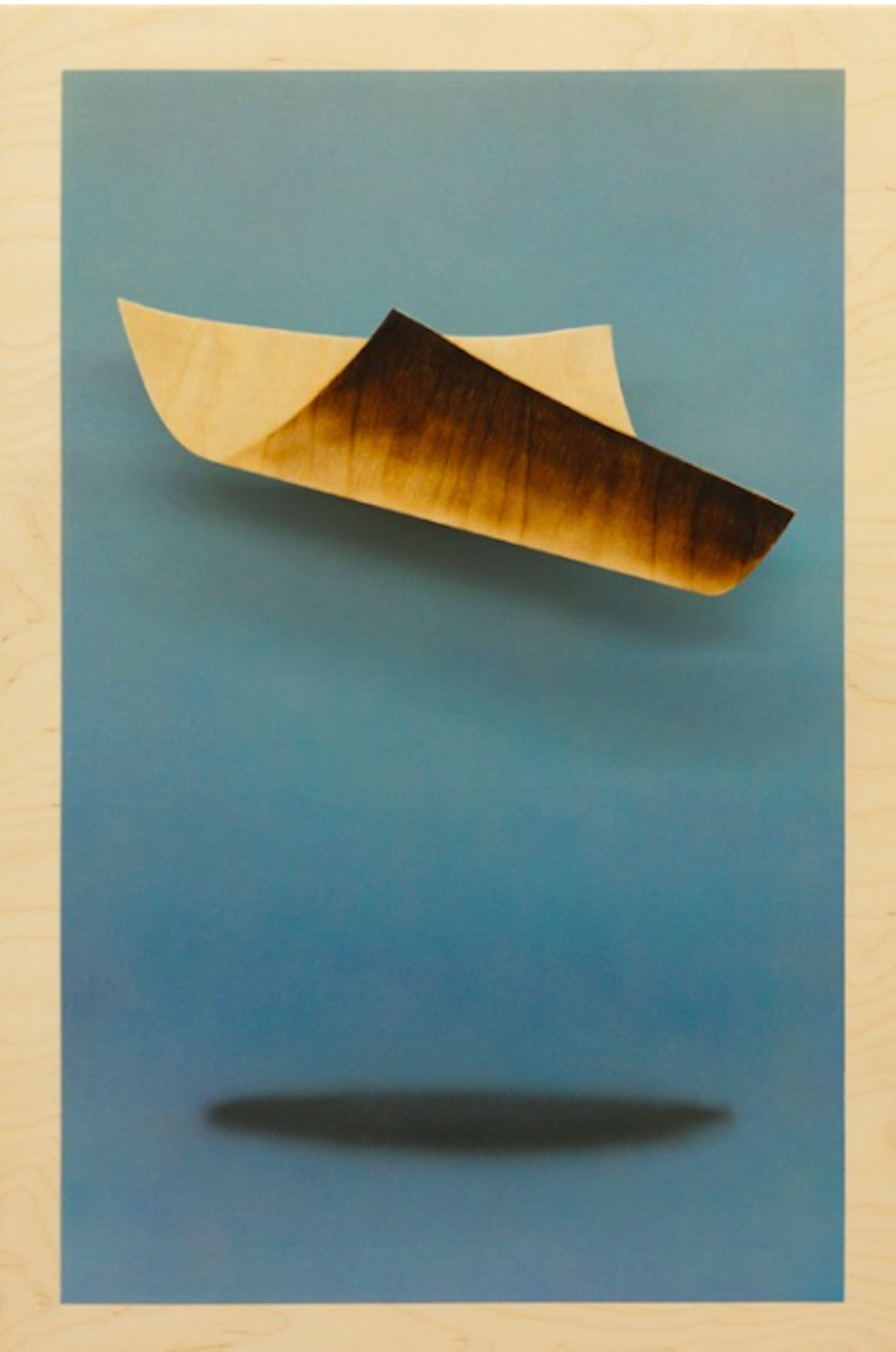 Los Angeles-based artist Ryan McCann uses his encounters with mass-produced imagery to enter a state of regression. Often employing satirical text laid across the image, McCann challenges the complacent response to a heavily circulated image by violating its physical continuity(or how it first appeared without noticeable change to its composition). What’s more, the act of burning wood becomes a constructive gesture. In adding layers of color to his images, McCann makes the experience of viewing the work similar to that of reading a graphic novel: colors convey emotional gradients and text becomes the accompaniment.

Earliest recorded histories of Egyptian and African cultures note the art of using fire as an artistic device. It is thought that early humans used charred remains of their fires, even their own dead, to fashion images. In the present, the tools of the artist become increasingly ephemeral, almost invisible with the proliferation of the internet and digital technology; often, the ‘hand’ of the artist is lost in computer keystrokes or buried under the weight of Conceptual proposals.

Ryan McCann has a background in sports as a former Quarterback for the UCLA Bruins and Cincinnati Bengals. When his career was cut short due to a shoulder injury he started lighting things on fire.