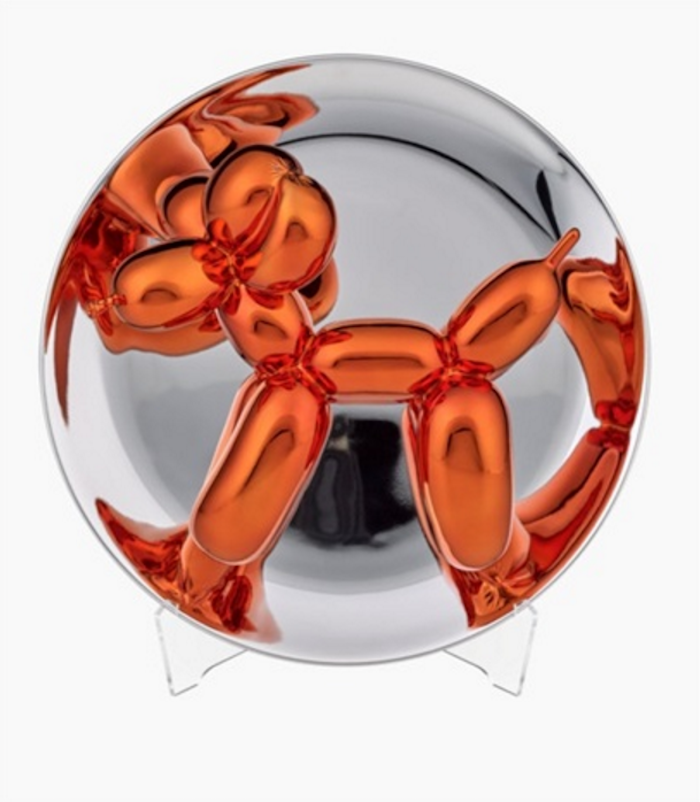 Dog figure based on the same whimsical balloon art that served as the inspiration for Jeff Koons’ 10 foot balloon dog sculptured featured at his 2008 Celebration exhibition in Berlin.

Koons earned renown for his public sculptures, such as the monumental floral sculpture Puppy (1992), shown at Rockefeller Center and permanently installed at the Guggenheim Bilbao. Another floral sculpture, Split-Rocker(2000), previously installed at the Papal Palace in Avignon, Château de Versailles, and Fondation Beyeler Basel, was most recently on view at Rockefeller Center in 2014.