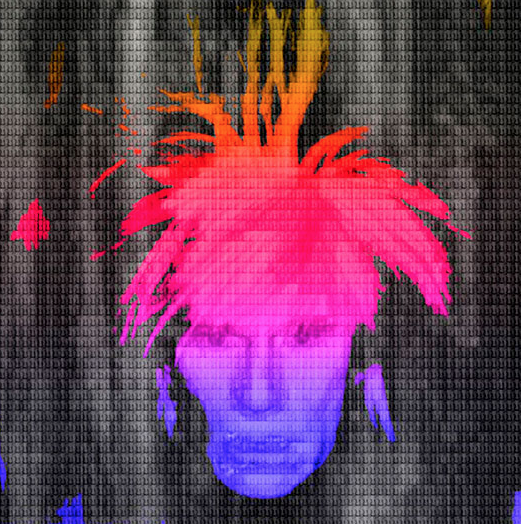 Alex Guofeng Cao connects the circuits of historical meaning by breaking down Andy Warhol’s iconic face into a grid of thousands of copies of a smaller, related images.Cao takes this a step farther, replacing some of the thousands of embedded images in each work with other pictures (requiring closer investigation in order to find them), casting deeper reflection on the historical or cultural field of meaning already generated by the two primary interwoven images.

Technically, Cao says that despite his fascination with the digital medium, monochrome tradition is something he still romanticizes, “The subtle gradations of tone between deep black and stark white are the generators for all the colors I need to create my world.”