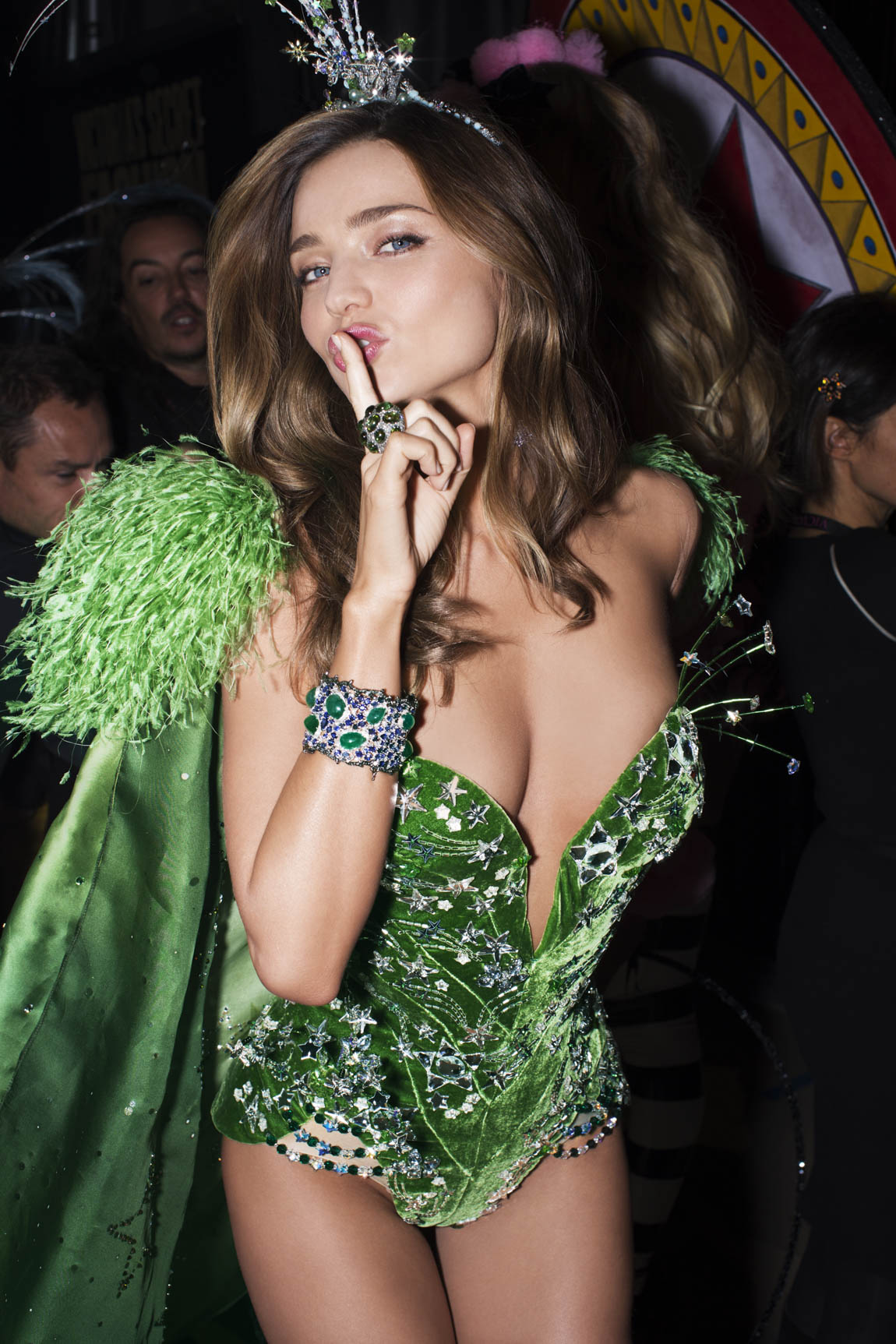 Armed with an all-access pass, a camera, and his uniquely personalized approach, Russell James has had fifteen years of unfettered backstage access at the Victoria’s Secret Fashion Show—that he now brings to us with BACKSTAGE SECRETS. This collection invites us deep behind the scenes of the biggest and most watched fashion show in the world. James’ photographs capture the candid moments, contagious excitement, and driving passion behind this global cultural phenomenon. Every year presents a unique cast and a changing location, giving James a whole new canvas.

As Russell James states, “I have often likened my extraordinary backstage access to this wondrous show to being the janitor in the closet at the White House—I have been constantly present through an extraordinary evolution. However, the real story is one of relationships, mentorship, and trust that has taken many years to develop, and that I cherish. While I don’t have the words to describe what I have witnessed, I hope that these images will give you a sense of the amazing people and family-like relationships that are at the heart of this astonishing show. Never for one second do I take for granted the great privilege and trust that has been shown to me.”

Over the past two decades, photographer Russell James’ images have become synonymous with provocative, unique perspectives of many of the most prominent people of our time, and he has been working closely with the Victoria’s Secret brand since early in his photography career.

Russell James was born in Australia and currently lives and works in New York City. His photographs of the female form have become iconic representations of contemporary beauty, unparalleled in popular culture. His subjects include top models such as Behati Prinsloo, Lily Aldridge, Adriana Lima, and Alessandra Ambrosio, to name a few, and his work has appeared in publications such as Vogue, W, American Photo and French Photo, Marie Claire, GQ, Sports Illustrated, and a vast array of international art and photography journals, as well as nearly six fine-art books, including Backstage Secrets in both internationational and Chinese editions. In August 2007, James received the acclaimed Hasselblad Masters Award, and in 2009 he joined the prestigious ranks of Irving Penn and Helmut Newton as a resident artist of CAMERA WORK, the world’s leading gallery for contemporary photography and vintage master works, based in Berlin, Germany. James’s fine-art series have been exhibited in Tokyo, Berlin, Stockholm, Sydney, Aspen, Los Angeles, and New York.