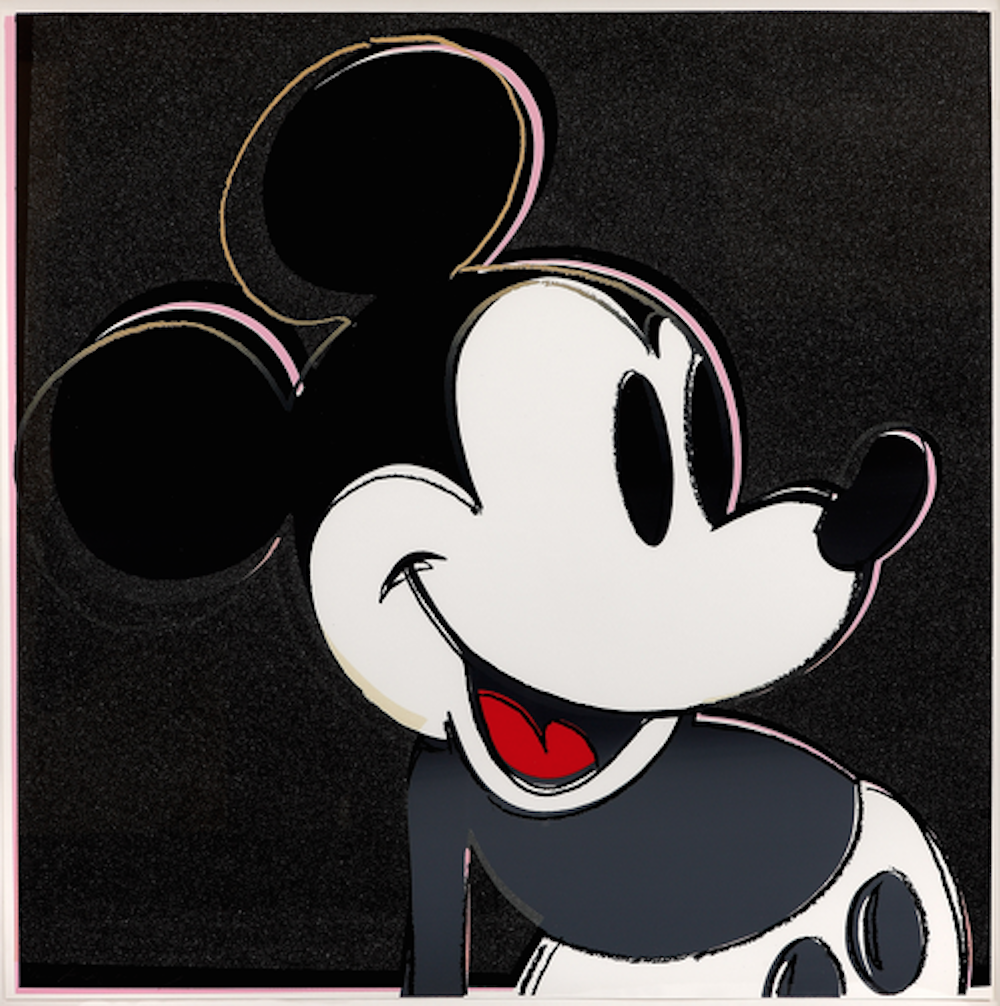 Mickey Mouse is part of Warhol’s Myths portfolio, which also included characters such as Superman,Howdy Doody and Dracula. Mickey Mouse is a cartoon character that was created by illustrator, Walt Disney in 1928.In 1981, Andy Warhol strayed from his conventional work, which consisted mainly of portraying celebrities, and decided to create a portfolio of 10 screen prints of fictional characters, including the ultra-famous Mickey Mouse; the whole became known as the Myth series. The subjects of these screen prints, most of which originating from old Hollywood movies and 1950’s and 60’s television shows. Mickey Mouse undoubtedly stands out amongst the others as he continues to hold a special place in people’s hearts.

Mickey Mouse is a cartoon character that was created by illustrator, Walt Disney in 1928. He was created as a replacement for another character, because of copyright issues. The sketch eventually became the mascot of the Disney brand and a character adored by children for generations since its creation.Andy Warhol soon recognized the fact that Mickey Mouse was a huge icon in pop culture and so made him an integral part of his Myth series. Warhol wanted to reflect the origins of cinema and present fantasy characters that were loved by millions of people worldwide.