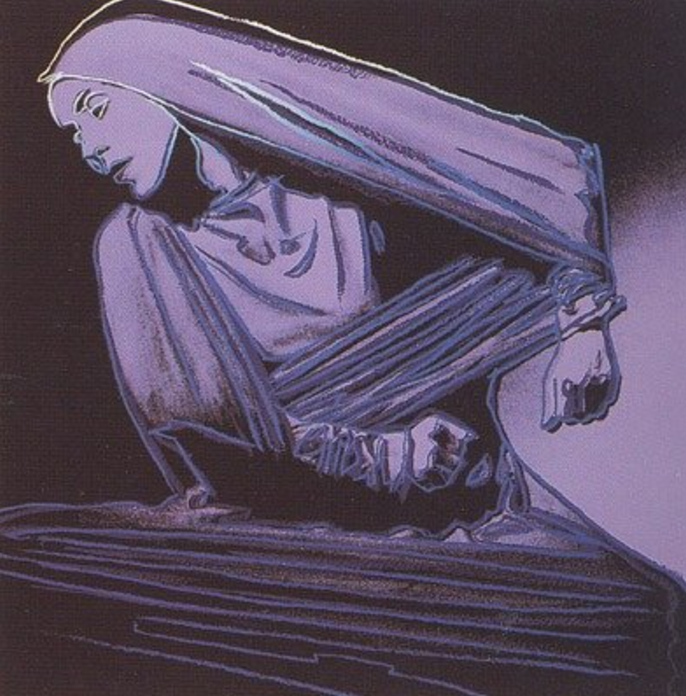 This image is an edition of one hundred created by Andy Warhol and features dancer Martha Graham, recognized as one of the greatest artists of the 20th century. Warhol captures the beauty of a different art form, dance, and replicates its splendor in a still two dimensional image.

Lamentation is one of three screen prints in Martha Graham series of 1986. The print features dancer Martha Graham, recognized as one of the greatest artists of the 20th century. She was the first dancer to perform at the White House and founded New York’s Martha Graham Dance Company. Martha Graham created a movement language based upon the expressive capacity of the human body. Students who have studied at the Martha Graham School have moved on to professional dance companies throughout the world and well known Broadway shows. She once said, “I have spent all my life with dance and being a dancer. It’s permitting life to use you in a very intense way. Sometimes it is not pleasant. Sometimes it is fearful. But nevertheless it is inevitable. (New York Times, 1985)”

Warhol captures the beauty of a different art form, dance, and replicates its splendor in a still two dimensional image. The source image for the series was taken by American photographer Barbara Morgan, best known for her depictions of modern dancers. To commemorate the sixtieth anniversary of the Martha Graham Dance Center of Contemporary Dance in New York, Andy Warhol created this series in appreciation of her contribution to the performing arts discipline. Warhol’s portfolio compliments Graham by showing a variation of her abilities not just as a dancer, but as someone who communicates profound emotion through movement and physical expression.