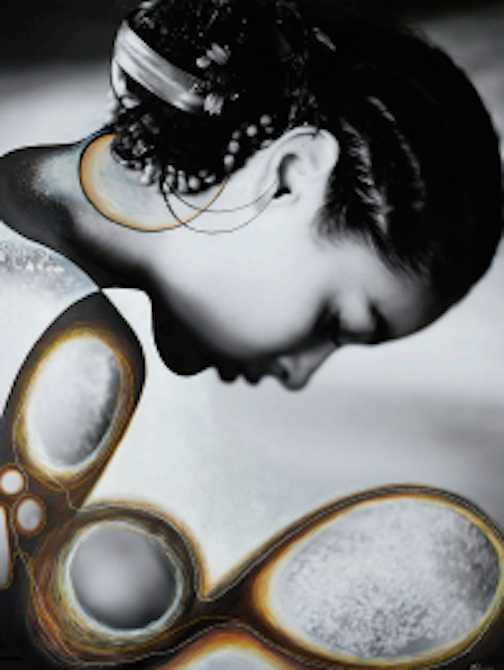 NOMAD TWO WORLDS began as James’ highly personal attempt to understand and interpret, through photography, the clash of ancient and modern cultures he witnessed growing up in Australia. Deeply inspired by the Prime Minister of Australia’s 2008 “Apology” to its Indigenous people – for their profound grief, suffering and loss caused by past governments’ culturally destructive policies and actions – James began collaborating with a number of Indigenous Australian artists, whom each painted their own evocative interpretations and cultural “story” onto his images.

Born in Perth Western Australia Russell James is currently one of the world’s leading fashion photographers. Over the past decade Russell James’ images have become synonymous with provocative, unique perspectives of many of the most prominent women of our time in the worlds of entertainment, fashion and beauty. Russell James’ photography has appeared in a wide range of leading international publications such as Vogue, W, American Photo and Sports Illustrated.