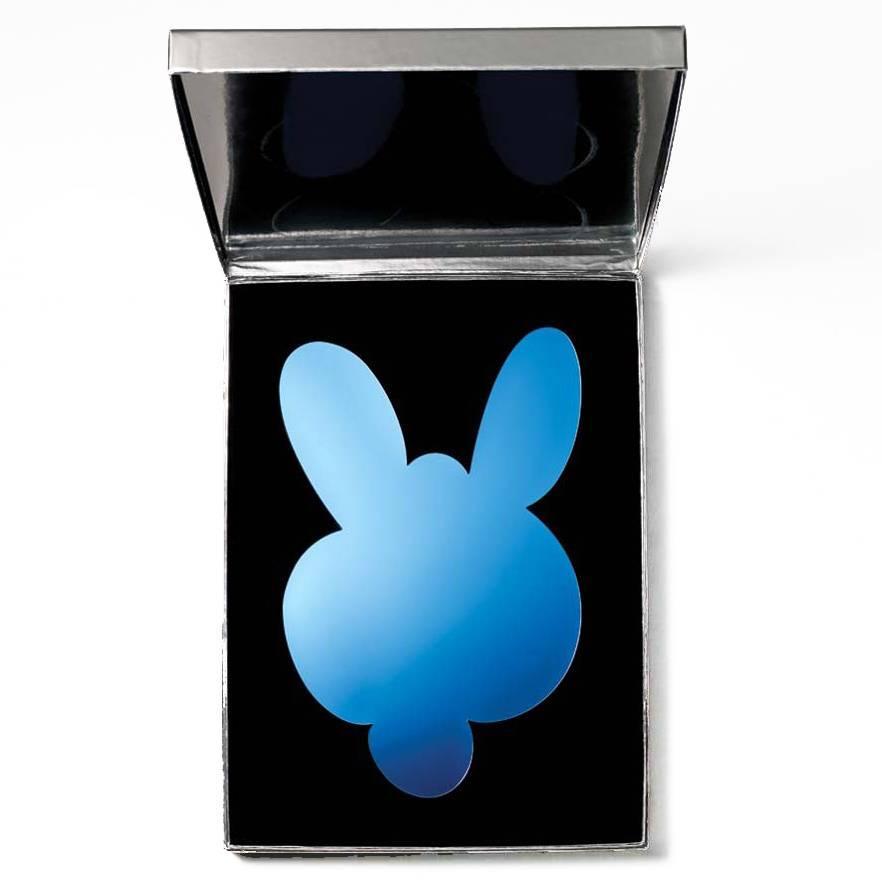 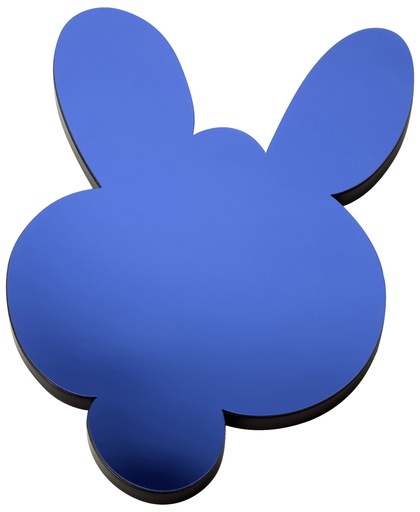 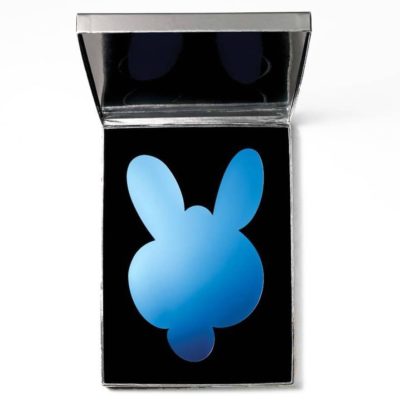 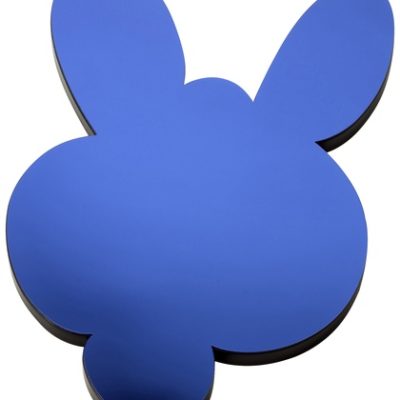 Kangaroo Mirror Box (Blue) is made of Polystyrene and Plexiglas in colors, 2003, including the DVD “JEFF KOONS / A Man of Trust,” with the artist’s incised signature and date, numbered 382/2000, with the original signed, dated and numbered box.

This kangaroo mirror box lays claim as physical allegory to the themes of desire, commerce, and lust, among others for a work that is simultaneously kitschy and self-reflective.

It was no obvious idea to include a work from Koons’s famous “Celebration Series” in an art print edition for a Football World Cup. This is probably why Jeff Koons liked it. The “Celebration Series” was begun in 1994 with the “Balloon Dog” sculptures. Koons later added Valentine hearts, diamonds, Easter eggs, tulips, and “Balloon Flower” sculptures. The series also includes sixteen oil paintings, one of which is the “Pink Bow”.