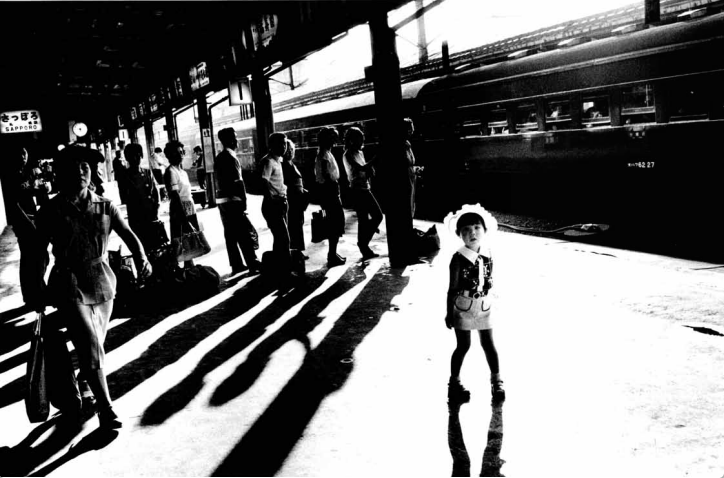 It could be argued that Moriyama is the most notable artist to emerge from the “Provoke” movement that helped liberate photography from tradition and encouraged experimentation of the medium.

Born in 1938, his most famous work surrounds the dramatic transformation of 1960s post-war Japan. He used his camera to document the American military occupation of his country and the dissolution of traditional values experienced alongside accelerated modernization. Moriyama photographs cultural change and urban experience, often in black-and-white high-contrast images, which he prints himself. “The city has everything: comedy, tragedy, eulogy, eroticism,” he stated.  “It is the ideal setting, the place where people’s desires are interwoven. It has remained and will always remain my natural element.”

Early in his career, Moriyama studied graphic design before working as an assistant for experimental filmmaker and photographer Eiko Hosoe and then started to produce and publish his own photography.  Moriyama draws attention to the lost and the discarded and captures the breakdown of traditional values. Comparing himself to a machine gun, Moriyama fires off his camera in rapid bursts of instinctive shooting.

“The crushing force of time is before my eyes, and I myself try to keep pressing the shutter release of the camera. In this inevitable race between the two of us, I feel I am going to be burnt up.” – Daido Moriyama