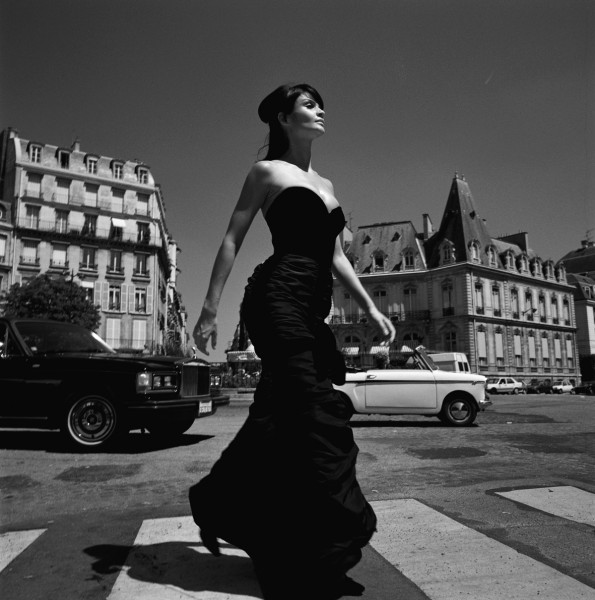 Comte’s interest in the public persona of a celebrity is evident through the documentarian method of portrait photography. As intimate as it is sincere, Comte’s work reflects upon human dialogue through visual communication. Though black and white, Comte’s visual composition articulates emotive qualities inherent within his subject matter.

Helena Christensen Crossing by Michel Comte features the supermodel crossing the street in a ball gown. Helena Christensen is captured as the epitome of  modern femme in this image. Intimate and direct, the viewer is confronted by the assertive demeanor presented through the central composition and neutral background. The passive woman of traditional fashion portraiture is replaced by an iconic image of the modern woman.

The women series is so striking because it captures some of the most beautiful and graceful women in the world  as the fearless .About life Comte says “Don’t try to be influenced by other people. Use the history, and influence, and environment; and show no fear.”