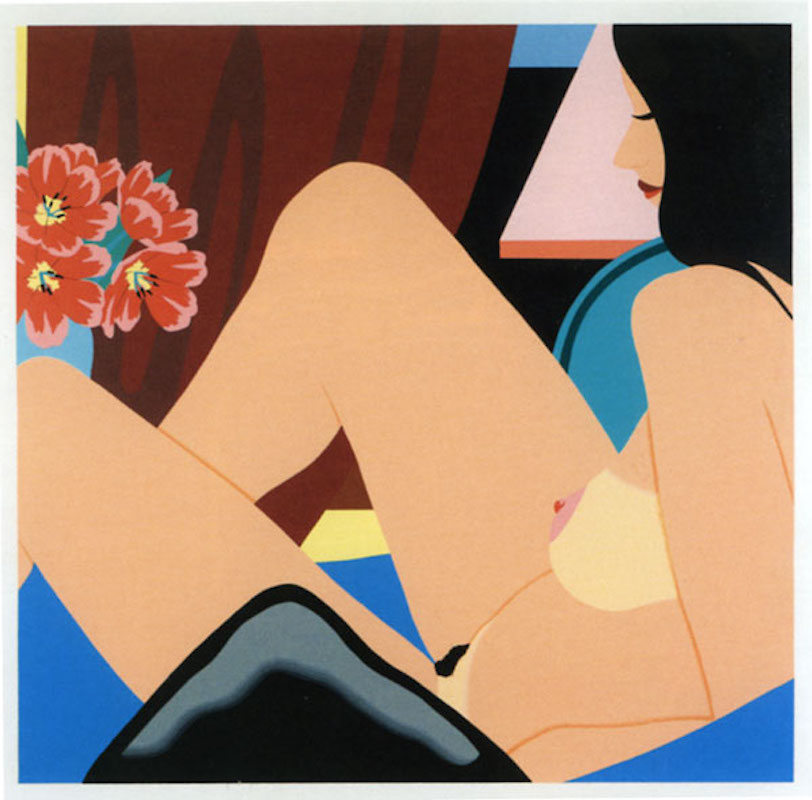 American painter, sculptor and printmaker. He planned to become a cartoonist until his final year at the Cooper Union in New York, where he studied from 1956 to 1959 and was encouraged to become a painter. The powerful work of  de Kooning provided both inspiration and inhibition as he attempted to find a new direction centred around a tangible subject. Choosing the figure he began to make small collages of torn paper and found materials, as in the Little Great American Nudes of 1961–2; these culminated in large, aggressive compositions such as Great American Nude #3 (1961; Washington, DC, Hirshhorn). These and giant still-lifes composed of common household objects and collage elements culled from popular advertising images, such as Still Life #20 (1962; Buffalo, NY, Albright-Knox A.G.), brought him fame and notoriety as a founder of American Pop Art. In the late 1960s an increasingly dominant eroticism emerged in works such as Bedroom Painting #13 (1969; Berlin, Neue N.G.), with its more literal but still intense colours and tight, formal composition. The pictorial elements, exaggerated in their arabesque forms and arbitrary colouring, became significantly larger in scale in his works of the 1970s, such as a series of Smoker mouths; enormous, partially free-standing still-lifes moved into sculptural space, and finally became discrete sculptures of sheet metal. In the 1980s he returned to works for the wall with cut-out steel or aluminium drawings such as Viviènne Doodle (3D) (1986; see 1987 exh. cat., no. 1), which replicate his familiar, graceful line on cut-out metal. He was also an innovative printmaker, adapting his imagery to lithographs, screen prints and multiples in relief. An important retrospective of his work was held in Japan in 1993–4.