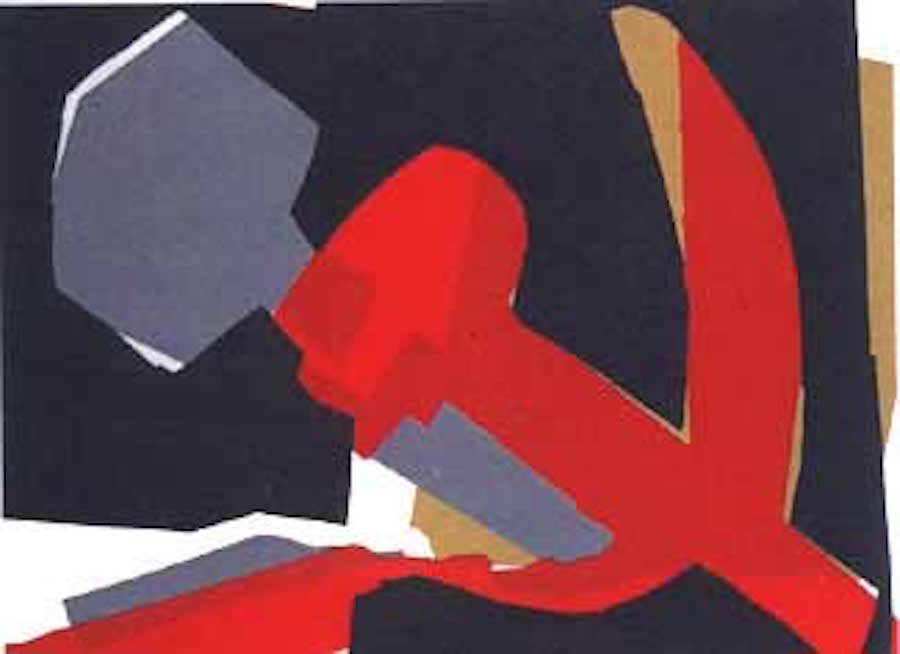 Hammer and Sickle 168 by Andy Warhol

Hammer and Sickle 168 by Andy Warhol

Andy Warhol created his Hammer and Sickle series in 1976 after a trip to Italy where the most common graffiti in public spaces was this symbol found on Soviet flags. Under communist control it signified the union of industrial and farm workers’ interests. In Italy, a democratic country since the end of WWII, the repeated graffiti symbol was to Warhol more Pop than political. After returning to the United States, Warhol asked his studio assistant Ronnie Cutrone to find source pictures of this symbol. The reproductions found in books were like the Soviet flag, flat in appearance, and Warhol wanted something different. Cutrone purchased a double-headed hammer and a sickle at a local hardware store and arranged and photographed the tools in many positions. Warhol used the Cutrone photographs for his silkscreened series.

In 1977, these works were exhibited under the ambiguous title Still Lifes at the Castelli Gallery in New York City. Warhol disavowed any political ties to his work, while he was simultaneously aware of the power of symbols and the cultural climate of the Cold War. This war between superpowers, America and the Soviet Union, from the early 1940s through the 1980s was characterized not by actual military combat but by a climate of tension and mutual perceptions of hostility between East and West, communism and capitalism, resulting in the build-up of arms, nuclear weapons and influence peddling around the globe.