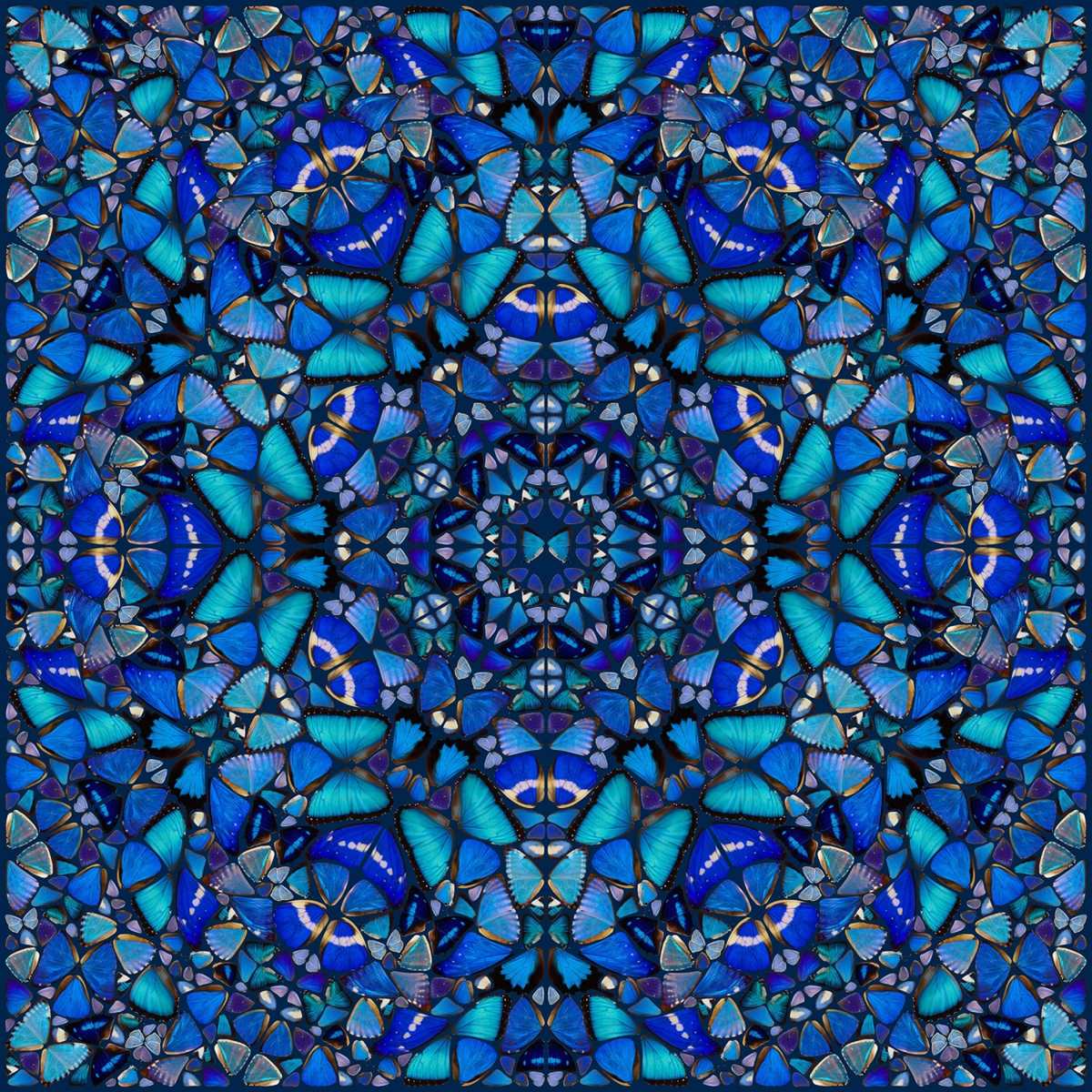 Damien Hirst describes the butterfly as a “universal trigger,” explaining, “Everyone’s frightened of glass, everyone’s frightened of sharks, everyone loves butterflies.” In ‘The Aspects’, Hirst arranges images of butterflies in intricate kaleidoscopic patterns. The perfect symmetry of the wings resemble stained glass windows in Gothic architecture and the circular patterns of mandalas. Hirst signifies the butterfly as a spiritual icon, first used by the Greeks to depict the soul and later in Christian imagery to symbolize resurrection. The titles of the pieces in ‘The Aspects’ include common virtues found in a range of religions.