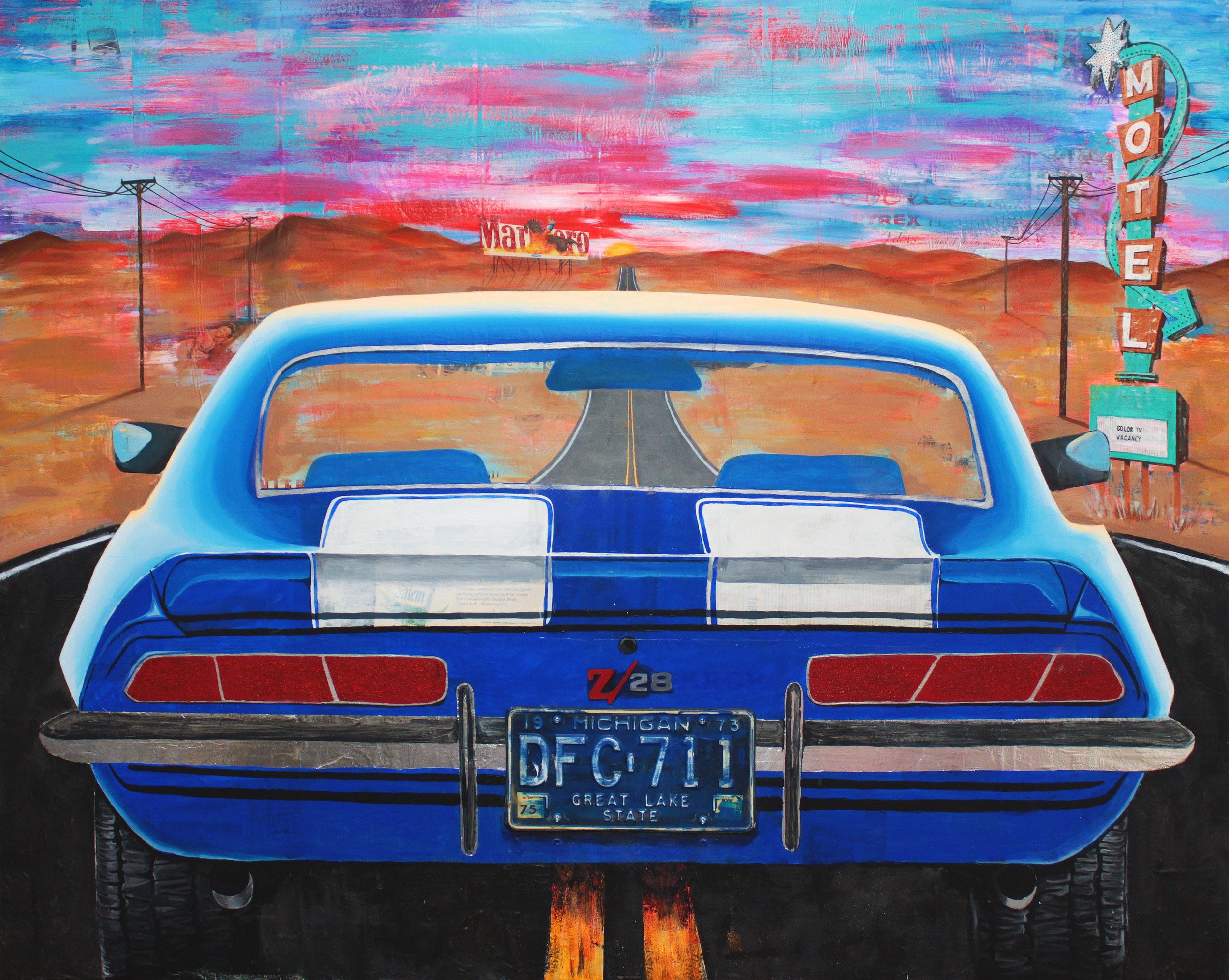 Blurring the line between mass consumerism and fine art, NYC based artist Jojo Anavim has established his body of work stemming from a background in consumer marketing and brand development. Previously a creative consultant for brands such as W Hotels, and Universal Music Group, Anavim crossed over to fine art in 2013. His work continually employs rich and vibrant color palates, vintage ephemera, alongside subversive and playful imagery paying homage to contemporary art greats Robert Rauschenberg,  Andy Warhol, and Jasper Johns.

As a child, Anavim enrolled in art classes taught by Disney animator Al Baruch, creator of the legendary characters Captain Hook and Mighty Mouse. Anavim credits Baruch with instilling creative confidence that led him to embrace art as more than a hobby early in his life. Much of Anavim’s work depicts the nostalgia of the brands and packaging he was surrounded by during this time – down to the LifeSavers his grandmother would always carry in her purse.

Anavim’s work has been covered by global media publications including The New York Times, New York Post, Business Insider, and Forbes – all highlighting the success of his career.