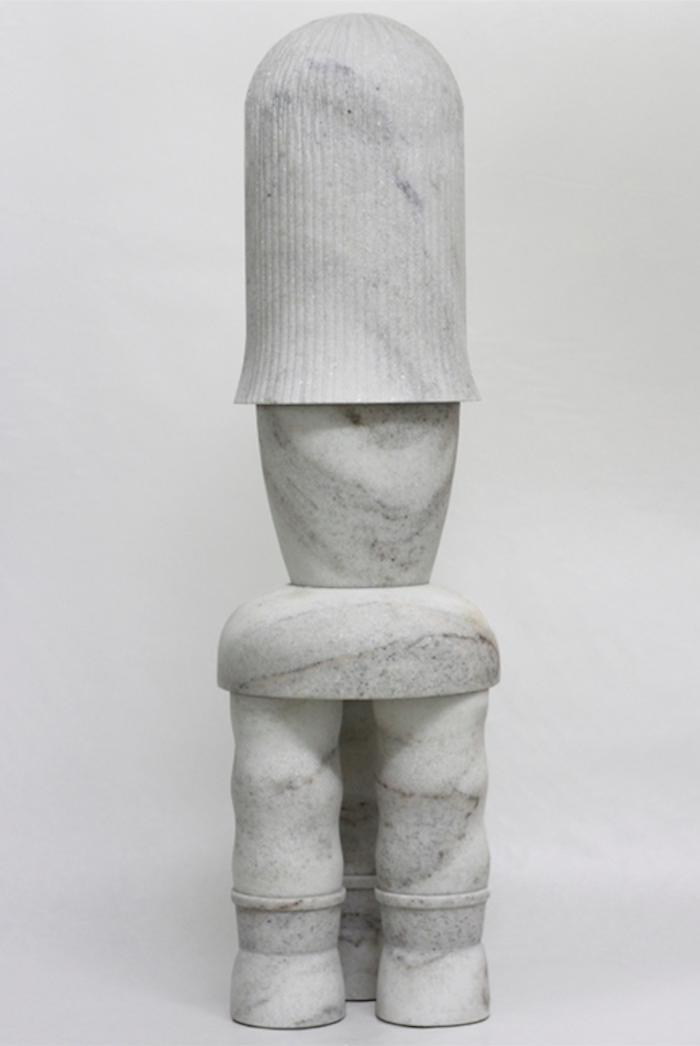 Piloni is exhibiting in “Clairvoyance”, a collaborative exhibition between Guy Hepner and AXD. The third exhibition of this collective series, the exhibition presents a collection of the most trending artists currently online, and explore the current fascination of social media, technology and the contemporary artist.

Monica Piloni uses figurative shapes to discuss issues such as sexuality/repression and appearance/alienation, creating a new version of characters/objects commonly used in art history or in the advertisement market, and that have become symbols of the banal and classic. Dolls, horses, ballerinas, contortionists and chantilly are drawn from their common places and displaced in antagonistic combinations that multiply the possibilities of new images and reflections.

The near absence of structural supports provokes feelings of unbalance and even certain uneasiness from some perfectly shaped figures, but others aberrant. The volume is almost always located on the upper part of the sculptures, increasing the spatial tension. Some allow new rearrangements or disarrangements and repetition raises questionings about the infinite and the monotony of the macrocosmic and microcosmic points of view. There is something architectural about Piloni’s work, the way she calls your attention to the angles, negative spaces, and repeated motifs, like those many body parts are only building blocks. If anything, that makes it all the more disturbing.

In one piece, named “Opium,” a constellation of body parts melt and fuse with each other. Hands, faces, genitalia, and everything in between are carved out perfectly from a chalky resin. A series of acrylic and vinyl fruits are shown bisected with gory ribs instead of the usual innocuous white pith.

Though of course the body horror is a highlight of Piloni’s work, there something more to it. Her art explores identity and otherness. “Triptych Self-Portrait,” is a sculpture of a woman as seen through a kaleidoscope. It’s a grotesque play of symmetry and perspective. Similarly, “Ballerina” is a woman deconstructed, each part of her isolated from the others in a clear box, as though she were some kind of pre-packaged Barbie doll.

Piloni was born in 1978 in Curitiba, PR, Brazil. Lives and works in São Paulo, Brazil.