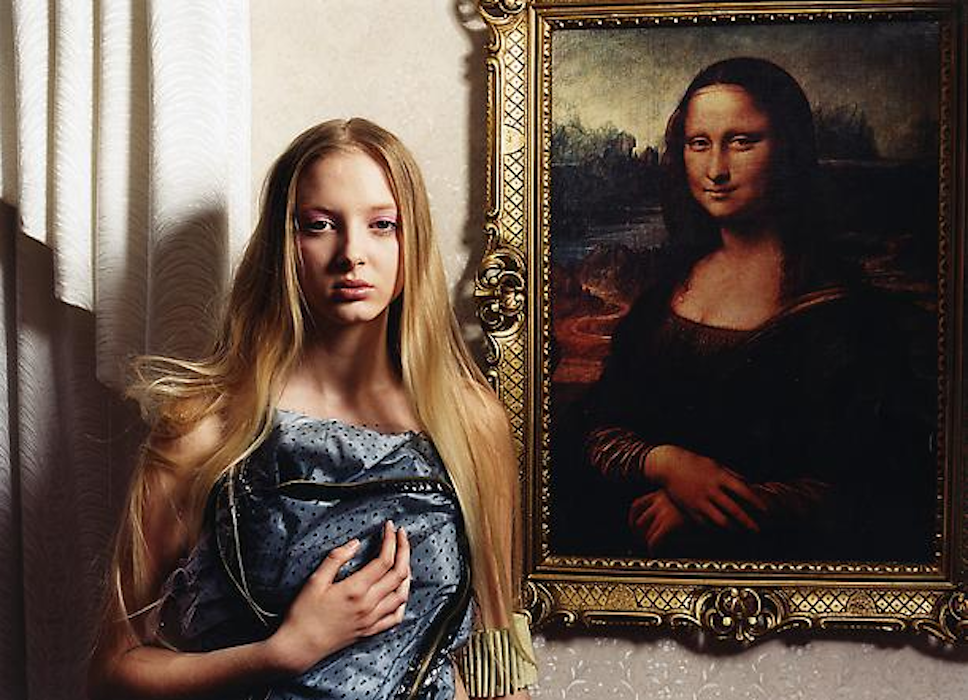 LaChapelle’ s Consumption series addresses the excesses and overindulgence of modern society. If desire is one of life’s driving forces, then its fulfilment seems to contain the seeds of its own dissolution: they progressively weaken the sense both of the object desired and the person who desires it, impoverishing it. David LaChapelle ‘s Consumption, or consumerism, is the beginning and end of a social force that causes the individual to be both more disposed to the purchase of material goods and, at the same time, increasingly overwhelmed by this very obsession for possession.