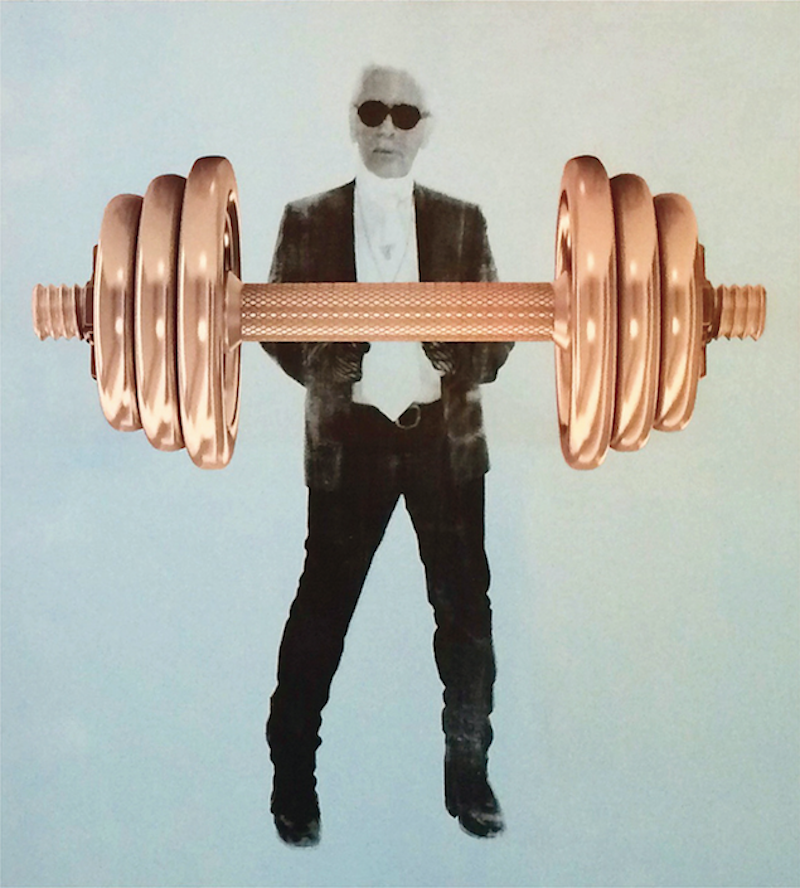 Niclas Castello takes on Chanel and the infamous Karl Lagerfeld in his new print series. The works feature his infamous Designer fire extinguishers in a new medium. Castello is interested in making the mundane glamorous.

Niclas Castello grew up in the former eastern part of Germany. After the fall of the Berlin Wall in 1989, he was opened up to a world of color that he became fascinated by. He moved to Paris and found inspiration to paint in the famous Montmarte district. Inspired by the talent of his mother and the legendary Paris fashion shows, he found his way to the art world and began creating his first paintings.

In 2002, he returned to Germany and studied art at a private university. After 2 years, he became dissatisfied with the way art was taught in school, dropped out and considered quitting art altogether. At a loss for inspiration, Niclas Castello decided to embark on a new adventure across seas and live in New York City. By luck chance, Castello found himself sheltered by performance art pioneer and influential figure in the Downtown New York art, Arleen Schloss. With finding solace in the mentoring support of Schloss, inspiration by New York City, and driven by passion, Castello’s new style was born and led him to produce the renowned sculptures and paintings of today.