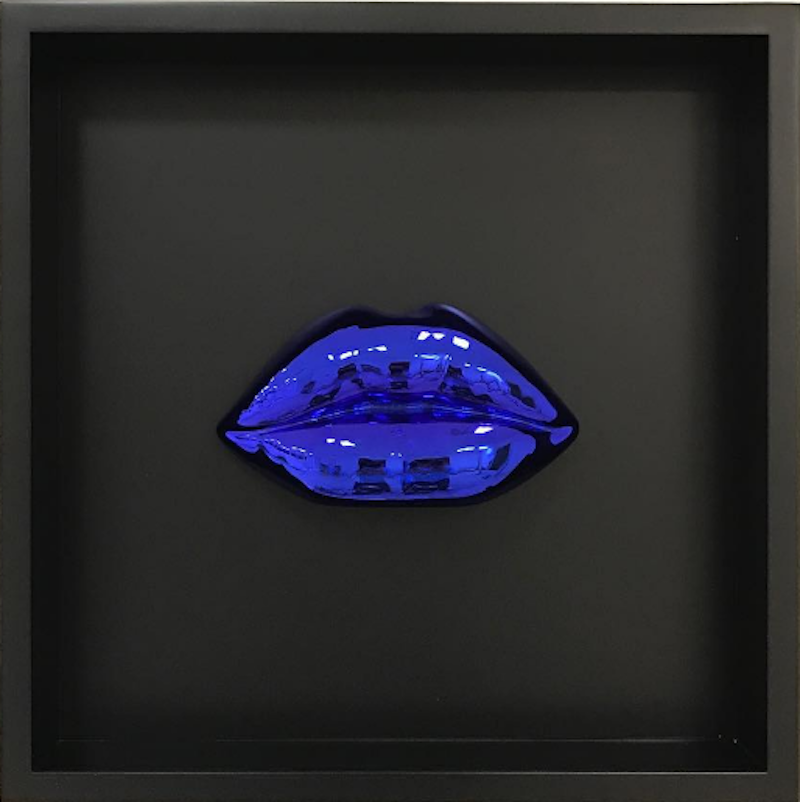 Cleopatra’s Lips  by Niclas Castello are part of the artist’s newest series. Unlike the rest of the The Kiss Series by Niclas Castello sculptures are recognized worldwide for their playful nature and extravagant look, these lips are 24 Carat-Gilded and are enclosed in a wood frame.

Niclas Castello grew up in the former eastern part of Germany. After the fall of the Berlin Wall in 1989, he was opened up to a world of color that he became fascinated by. He moved to Paris and found inspiration to paint in the famous Montmarte District. Inspired by the talent of his mother and the legendary Paris fashion shows, he found his way to art and created his first paintings.  In 2002 he returned to Germany and studied art at a private university, however, he was dissatisfied with the way art was taught in school, so he dropped out. Castello driven my instinct to leave Germany in 2004 and travel across seas to New York City. It was here he found shelter by performance artist and pioneer, Arleen Schloss. Together with the mentoring support of Schloss and the inspiration of New York City, Niclas Castell found solace and a new style was born. Driven by that passionate inspiration, further renowned the production of sculptures and paintings he created.